ObliqSound is pleased to announce a full fall tour schedule and lots of chances for you to enjoy some fantastic music live and in person, including Gretchen Parlato, Ablaye Cissoko & Volker Goetze on their first USA tour, Ayelet Rose Gottlieb, Somi, and many more! We hope you’ll join us for an opportunity to enjoy these exceptional artists at one or more of their shows. More details and dates are below.

Listen to streaming tracks from these new releases in the ObliqSound music player, and if you like what you hear, use coupon code FALLTOUR in your shopping cart to save 20% off anything on our site, including pre-orders.

Gretchen Parlato’s voice is a thing of wonder. Striking the ideal balance between precision and flexibility, she is never predictable, blurring the lines between singer and instrumentalist as she takes a lyric–and at other times improvised flights of wordless fancy–to places it’s never before been. On In a Dream, her debut album for ObliqSound, Parlato and her intuitive support team reinvent constantly, Parlato impeccably articulating in a voice so ethereal that the listener might very well feel that he or she is “in a dream.”

“The most alluring jazz vocal album of 2009.” – Billboard Magazine 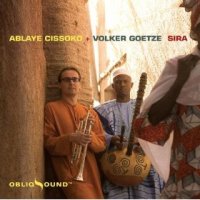 Ablaye Cissoko, the Senegalese griot singer and traditional West African
21-stringed kora player, and Volker Goetze, the German-born, New York-based
trumpeter, reaffirm the maxim that music is the universal language on their
debut Sira. This will be their very first American tour.

“5 stars! Their serene dialogue, inspired by tradition and inventing a new vocabulary at the same time, is both thrilling and soothing.” –Mondomix France

With her third full-length album, Israeli-born Ayelet Rose Gottlieb has elevated to a rarefied level of artistry. On the new album, Upto Here | From Here, out now on her own Arogole Records imprint and distributed through ObliqSound, Gottlieb pulls the art of jazz singing out of its safety zone and infuses it with new possibilities, exploring the human voice in a way that few contemporary singers can or will.

“Employing the words of the Persian poet Rumi (on the song “Some Kiss”), Gottlieb has constructed the sensual jazz delight of 2009.” – Jazz.com 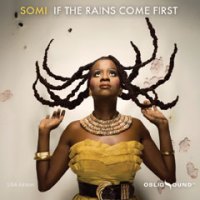 When Somi was growing up, her mother told her that the rain, ever unpredictable, could be as much a blessing as a challenge. The blessings might come before the rain, or they could come after–it’s all in the timing, she said. That notion has stayed with the charismatic singer and songwriter all her life and now provides a metaphorical focus for her third album, If The Rains Come First. The album, which releases October 13th on ObliqSound, is a stunning collection of self-penned story-based songs, a meditation on opening ourselves up to life’s blessings and challenges much in the way that we accept the rain and all that it brings. 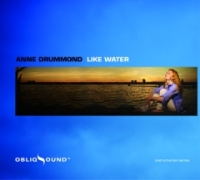 As a female jazz flutist, Anne Drummond is a rarity among rarities. Although the instrument has been utilized in jazz for several decades, it has never been as ubiquitous as the saxophone, trumpet or trombone, and virtually every acknowledged master has been male. That all changed with the arrival of Like Water, the debut recording from the artist repeatedly named a Rising Star by Downbeat magazine and featured in a cover story of Flute Talk magazine.

“Lyrical use of flute against a vibrantly polyrhythmic backdrop.” – The Washington Post

Speak, the title of bassist Michael Olatuja’s debut album, holds deep personal meaning for its creator, exemplifying in a single word the album’s underlying themes of hope, encouragement, inspiration and positivity. The album, released on Backdrop, ObliqSound’s sub-label focusing on modern electronic and groove-based music, tells the story of the British/Nigerian artist’s musical and personal journey.

Somewhere, the debut single from John Shannon’s “American Mystic” album, spotlights Shannon’s ethereal and contemplative lyrics and includes a haunting vocal intricately woven into the acoustic fabric of the song. Two-time Grammy® Winner Eric Kupper has given the song his signature treatment, providing a rhythmic and sultry downtempo remix and reprise with lush accents and a killer groove that subtly highlights the minimal and expansive nature of the original.

“Grand Pianoramax may be the future of funk.” – Dallas Observer