Great grooving Instrumental music. There are a couple of tunes with Vocals that are soothing to mind, definitely music you listen to while relaxing, and very approachable for the ears.

This CD is the perfect buy for a person who is new to Jazz and wants to start out with something that doesn’t take a whole lot of thought. However, this music has a lot of sophistication and amazing musicianship. Not so much that it would be difficult to understand. There is a track on this album for everyone.

Music mogul Creed Taylor, was the founder, producer, and visionary of CTI Records. He seemed to rarely miss the mark as a producer. With each project, his creative productions appealed to jazz fans world-wide as they adored dozens of quality recordings during the late sixties, seventies and early eighties. Fuse One was one of those magical moments. Frankly, I’m a little hesitant when record labels and producers release all-star projects. Production is usually good, but they have a tendency to neglect listeners needs compositionally. However, this is not the case. With Mr. Taylor’s vision, concept, and insight he balanced a near perfect combination of songs to produce another enjoyable and accessible recording featuring a cast of the finest musicians available is one of those gems. Yes, this production by the gifted Creed Taylor is reason enough to celebrate quality music! ~ The Urban Flux 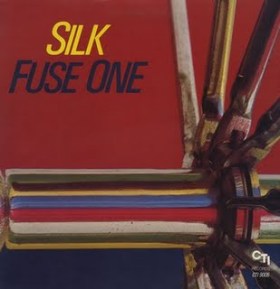 At his worst, Creed Taylor had a way of smothering a potentially great jazz album by producing it to death. But when he didn’t overproduce — when he gave musicians the right amount of guidance and direction yet let them have enough room to stretch out and improvise — Taylor created some real winners. One of them was Fuse One’s Silk, an all-star jazz-pop-funk project that boasted Stanley Turrentine on tenor sax, Tom Browne or Wynton Marsalis on trumpet, Ronnie Foster on electric keyboards, Stanley Clarke on electric bass, Eric Gale or George Benson on electric guitar, Sammy Figueroa on percussion, and Leon “Ndugu” Chancler on drums. With Taylor doing the producing and Clarke serving as musical director, congenial pieces like Foster’s “Sunwalk” and Chancler’s “Silk” offer a healthy blend of jazz, R&B, and pop elements. It’s interesting to hear a 19-year-old Marsalis letting loose on Chancler’s Latin-flavored “Hot Fire” (which originally appeared on George Duke’s Reach for It album in 1977), and note how he sounded in 1981 — at that point, he wasn’t emulating Miles Davis and had a big, brassy sound along the lines of Clifford Brown and Freddie Hubbard.

Considering how strident a jazz purist Marsalis would become, it’s surprising to hear him playing crossover. Not that Silk is “watered down” or anything like that. Though the material proved to be accessible to pop and R&B fans, it’s also quite creative and doesn’t toss jazz considerations to the wind. Unfortunately, this LP remains out of print and has yet to be reissued on CD. —Alex Anderson