The Harlem Quartet, a Sphinx Ensemble, has been invited to perform at the White House on December 3rd and 4th.

Fresh from its London debut and a critically acclaimed national tour, the all-black and Latino string quartet will perform works by Wynton Marsalis, Billy Strayhorn, as well as holiday favorites in the presence of invited White House guests. 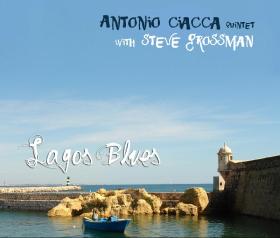 “At the heart of any true jazzman is the ability to tell his own musical stories in his own way, and hopefully touch a few hearts along the way. Down in his heart, there’s a song he can feel, something that no one can steal. It’s his own tune, all and in part. Pianist Antonio Ciacca dances to the unique songs in his heart.” – Todd Barkan, Jazz at Lincoln Center

More than an exceptional album, Antonio Ciacca’s Lagos Blues (Available January 12) is a mirror that reflects the broader story of jazz, its international reach as well as its inclination to come back and nourish at its American wellspring. END_OF_DOCUMENT_TOKEN_TO_BE_REPLACED

Donald Patterson was born in Dallas, Texas. Donald is a professional bassist who is skilled in the electric bass and has performed extensively throughout the U.S., Canada, Europe and Japan.

Donald Patterson has performed in concert with a host of artists including Phillip Bailey, Kirk Whalum, Howard Hewett, Brian McKnight and a host of others. He has also toured throughout the U.S. with Peter White, Marc Antoine, Rick Braun and Kirk Whalum in Guitars, and Saxes. Donald has recorded with such notable artists as Ray Charles, and Kirk Whalum and can be heard on the Grammy nominated CD Motown Comes Home. Donald is currently performing with Peter White. In addition to performing and recording, Donald received his Music degree from Texas Southern University.