Greeting’s on this wonderful Holiday Season … I’m delighted to share with you three Imported contemporaryjazz classics from the latter 70s to 1981 featuring flutist Bobbi Humphrey, keyboardist Ronnie Foster and Rodney Franklin. All recordings are now available at Dusty Groove. 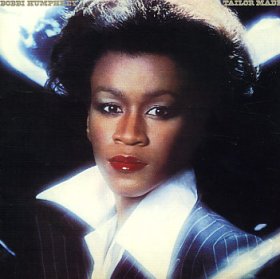 Sure, it’s after the Blue Note/Larry Mizell years — but Bobbi Humphrey’s still kicking ass! Instead of Larry Mizell, Bobbi’s working with Skip Scarborough — and she’s hitting a groove that’s a bit smoother and more modern than before, but every bit as sweetly funky and seriously soulful! Bobbi vocalizes a bit amidst spacey jazzy arrangements, and her flute is crystal clear throughout — warmly jazzy, blended with some great soul backings — at a level that’s even more sublime than some of the other Columbia fusion of the time! The title cut, “Tailor Made“, is a monster mellow groover with a great slinky sound — and the album’s got plenty of other nice ones, like “Jealousy”, “Lover to Lover”, and “Fajehzo“. 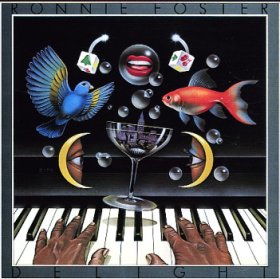 A definite delight from Ronnie Foster — a post-Blue Note set that actually has the keyboardist sounding better than ever! Ronnie’s always been one of those guys who seems to work best when moving against a bit of structure — and here, that force is provided by the excellent Jerry Peters — who’s come up with some great soul backings that also have these nicely offbeat corners — more than enough to preserve some of the quirkiness of Foster’s work from previous years — yet also giving him a bit more direction too! There’s a bit of vocals on the set — mostly from Ronnie — with backing from Phyllis Hyman, Jim Gilstrap, and Peters himself. Titles include “Argentina”, “We As Love”, “Let Me In Your Life”, “I’ve Got Your Love”, and “When Will I Write You A Song?”. 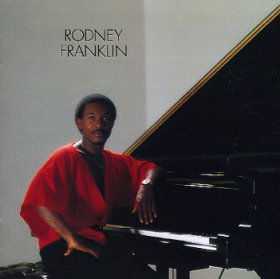 Tremendous work from Rodney Franklin — one of our favorite soulful fusion players from the end of the 70s! The album’s a keyboard delight through and through — and Rodney plays both acoustic and electric piano, often on the same track — which creates this nicely expanded sound that works well with the album’s tight arrangements! There’s a fair bit of soul in the mix too — some rhythms that make a few numbers great groovers, courtesy of Tom Tom arrangements — and some other full moments handled by Patrick Williams. Titles include a wonderful version of “Windy City” — the cut you might know from a classic Carl Davis recording — plus “On The Path”, “I Like The Music Make It Hot”, “Life Moves On”, “Creation”, and “In The Center“.