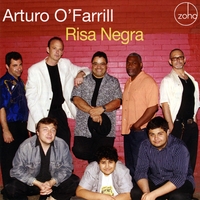 The jury is out on the iPod generation. It would take years of non-stop listening to get through the music on some people’s players. For these types, it’s not love of music, it’s ownership. They tend to use music as wallpaper. There are not many serious music listeners left, the kind that turn off all electronic diversions, sit down in a comfy chair, close their eyes and allow the music to take them away. END_OF_DOCUMENT_TOKEN_TO_BE_REPLACED 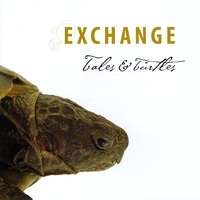 Warm, smooth and energetic – this album of the upcoming Modern Jazz band ExChange has it all. Vibrant improvisations and eccentric arrangements are the keystones which made this band an insiders’ tip of the German jazz scene.

This album comes along highly recommended by one of the leading Big Band arrangers of our time – Peter Herbolzheimer:«A promising new album of a group of talented, young and professional musicians! Not a doubt – they belong to the elite of Jazz musicians in Germany. Attractive compositions with an amazing spectrum of sounds, elegance and skill!« On this album ExChange presents their idea of the European Modern Jazz. 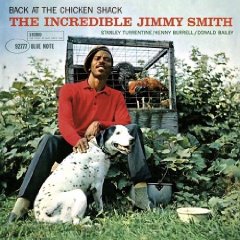 Jimmy Smith, Back at The Chicken Shack

Heres the fabulous Jimmy Smith playing Hammond B3 and driving a top notch band along. The title track is drenched in the blues, and after the theme statement Smith plays a superb two and half minutes solo. Then of course there is Kenny Burrell on Guitar and Stanley Turrentine on Tenor Sax who are no slouches themselves.

On “When I grow too old to dream” Jimmy Smith lets Turrentine take the first solo and after a subtle start to his Sax solo he builds up quite a head of steam. After a short Smith solo Turrentine is back for more with another solo. Its that sort of album. I’m guessing that they were having great fun in the studio when they recorded this. The rest of the album maintains the same high standard of the first two tracks.

The album was recorded in 1960 and of course has another of those classic Blue Note album covers. The original sleeve notes by Ira Gitler give plenty of background information on the album including how the album cover came about. A great recording. —SJ Buck 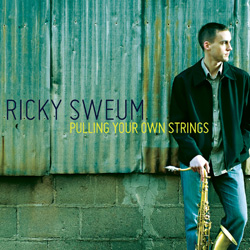 Ricky Sweum, Pulling Your Own Strings

“Streaming hypnotic lines together one by one, he tells the story of a soul who must sing and does so with unadulterated beauty and intelligence” – Cicily Janus, author of the New Face of Jazz.

Ricky Sweum’s debut on Origin Records showcases the saxophonist in a light of gratitude, as he pays homage to one of his musical heroes, Michael Brecker, through a set of finely-tuned originals. Showcasing his talents as a writer and creative force, Sweum leads his band in a direction that is uniquely his own. Sweum has recorded and performed throughout the country, was a member of New York City’s jazz scene for over a decade and presently is lead tenor with the U.S. Air Force band, The Falconaires. 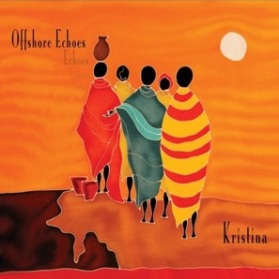 A female vocalist with a low vocal spectrum is not supposed to sound as joyful as Kristina does on Offshore Echoes. And she sounds joyful no matter what she sings. Many singers would sound solemn. However, Kristina, being the wonderful practitioner of the vocal arts that she is gives a fine account of herself. Not only is she a versatile vocalist in terms of how many languages she can actually sing with accurate diction, but to be able to communicate the soul of the song, no matter what that language… And this is truly special. The secret is probably the fact that Kristina is three: part Cherokee, part African and part German. Not that this specific cultural mixture matter, but that she has a soul dipped in the spirits of the ancients of African and Native American and German gives her fearless courage and a true sense of Algeria.

Go here, for the full review by Raul da Gama!