Beautiful grooves from Alex Malheiros — best known for his bass work in Azymuth, but stepping out here in a warm and wonderful set of his own! The groove here really takes us back to the sunny, soulful fusion we first loved when Azymuth hit the scene in the 70s — and Malheiros’ guidance of the groove is really felt strongly in the album’s warm-rolling basslines — a beautiful complement to a lineup that also includes Fender Rhodes, tenor, soprano sax, flute, trumpet, and trombone — plus a bit of occasional vocals from Sabrina Malheiros! Production is wonderful — handled by Daniel Maunick with some of the warmth of his Incognito work — and IG Culture comes in at the end to remix four of the album’s tracks — almost creating a mini-modern suite to complement to the core 70s vibe of the record. Titles include “The Wave”, “Corpo”, “Copa A Noite”, “Solar”, “Sem Pressa”, “Baixo Partido”, “Serenity”, “Uno Esta”, and “4 Eyed Viper” — plus remixes of “The Wave” and “Uno Esta“, the latter of which is a version of the Bobbi Humphrey classic!

Listen too samples of this spellbinding recording by Alex Malheiros. 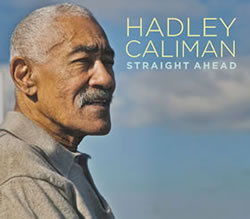 Hadley Caliman | “Straight Ahead” – [Origin 82551 – 2010]
From Dexter Gordon to Freddie Hubbard to Santana through to his recent critically-acclaimed “Gratitude,” Hadley Caliman’s 78 years has been filled with the kind of personal achievement that all creative artists strive for. On “Straight Ahead,” Caliman visits some of his favorite tunes including his old friend Harold Land’s “Rapture,” the Lee Morgan classic “Totem Pole,” and with his own original “Cigar Eddie,” he provides a spirited opening to another classic recording. Featuring his working Seattle band with trumpeter Thomas Marriott, pianist Eric Verlinde, Phil Sparks on bass, and Matt Jorgensen on drums, “Straight Ahead” is another clear example of a living legend in top form. —AllAboutJazz.com 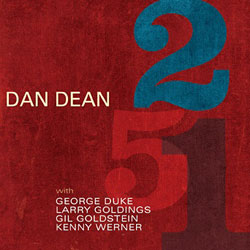 Dan Dean | “251” – [Origin 82552 – 2010]
With pianists George Duke & Kenny Werner, organist Larry Goldings, and pianist/accordianist Gil Goldstein, Seattle bassist Dan Dean brings together some of the top keyboard talents in the world for an intimate set of duo performances, each displaying an abundance of spontaneity and spirited exchanges. With Goldings, the duo explores the bop of “In Walked Bud” to the funk of “I Feel Good.” Pianists Kenny Werner & George Duke take on standards such as “Stella By Starlight” and “S’Wonderful,” while Gil Goldstein adds accordian to the mix with a look at “Lover Man.” With the performer’s varied and singular styles, and the mix of instruments, there’s great textural variety and the emphasis is aways on musical conversation with a lot of deep interplay. For many years an award-winning composer and producer of music for film, TV and advertising, Dan Dean was always a remarkable bassist and has a rich history of performances with Shelly Manne, Howard Roberts, Ernie Watts, Dave Grusin, Eddie Harris and countless others. END_OF_DOCUMENT_TOKEN_TO_BE_REPLACED 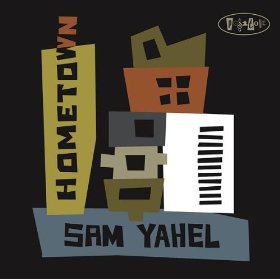 Sam Yahel has been playing jazz in New York since the early 1990s, almost always as a Hammond organist. (He was a fixture in the early days of Smalls, on West 10th Street, along with the pianist Brad Mehldau and the guitarist Kurt Rosenwinkel; these days he leads his own trio.) But he hasn’t hid behind the bullying power of the Hammond, its ability to give you shivers with shifting drawbars or a loud crescendo: he has put himself in places where pianists go, playing volatile music with curiosity and hunger in his improvising.

Hometown is, surprisingly, his first album as a pianist. It was recorded in 2007; I guess there’s still no rush to get the word out that he’s very good. A piano-trio record made in the studio with the bassist Matt Penman and drummer Jochen Ruckert, it’s casual enough to have been a gig, well-produced enough to represent a musician for a long time and strong enough in arrangement, soloing and interaction that it doesn’t lose your interest. That shouldn’t be rare, but it is. 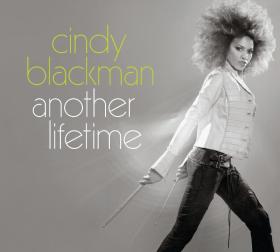 Miles Davis called him a “little genius” and “the fire, the creative spark” of his ’60s quintet, which arguably featured the best rhythm section jazz has ever known. The rhythmic instigator was Tony Williams-only a teenager when he joined the group-who went on to become one of the greatest drummers-if not the greatest-of all time. When he tragically died at the age of 51 in 1997 in the midst of continuing to speed ahead with new compositional projects, he left in his wake a drummer who counted him an invaluable mentor and close friend whose career has been a testament to Williams’ legacy. Cindy Blackman is not only one of contemporary music’s most creative drummers but also a passionate witness to the role model Williams provided to her. In her first recording as a leader since 2005’s double CD Music for the New Millennium, Blackman pays homage to the Jazz-Rock legend with Another Lifetime (Four Quarters Entertainment), a tour de force collection of many of Williams’ songs from his seminal group Lifetime, which he helmed from 1969-1976. END_OF_DOCUMENT_TOKEN_TO_BE_REPLACED 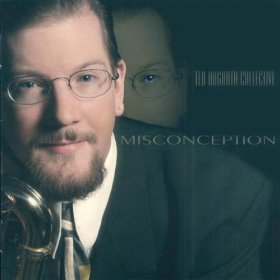 In 1985 I began studying at Interlochen Center for the Arts, in Northern Michigan. Here I found people my age who were just as enthusiastic and driven to learn and perform. I had no formal music training before Interlochen. I studied with Dr. Frederick Hemke, professor of saxophone at Northwestern University, and his teaching assistant Ron Blake. My introduction to jazz harmony and theory came from Tom Knific and Pete Brockman. I continued my studies at Arizona State University playing tenor in combos and on gigs until I decided that my musical future was in Chicago.

Here I entered a world where players get together to play and express themselves through their music. It is a community that I’m proud to be a part of. I played baritone in big bands for most of my high school and college career though I did not own one. After a year of playing tenor exclusively I began to miss playing baritone. I knew I needed to have my own horn. After acquiring a new baritone, I began working more than ever. I was fortunate to start working in radio and television commercials, as well as doing some independent film soundtracks. END_OF_DOCUMENT_TOKEN_TO_BE_REPLACED 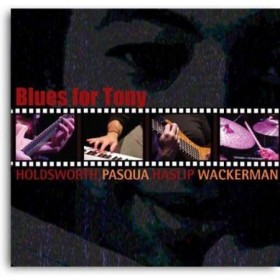 When drummer Tony Williams died of a heart attack on February 23, 1997, at the relatively young age of 51, it was a tremendous loss for straight-ahead post-bop and hard bop as well as for fusion. Williams had numerous acoustic jazz credentials … Full Description(including his contributions to Miles Davis’ legendary mid-`60s quartet), and his band Lifetime was one of the most important fusion outfits of the `70s. The late drummer’s fusion side is what electric guitarist Allan Holdsworth, electric bassist Jimmy Haslip (of Yellowjackets fame), keyboardist Alan Pasqua and drummer Chad Wackerman pay tribute to on Blues for Tony, an excellent two-CD set that was recorded live in 2007. END_OF_DOCUMENT_TOKEN_TO_BE_REPLACED

Extraordinary is the word when it comes to describing pianist Billy Childs … his 1988 debut on Windham Jill Jazz titled “Take for Example This” by the Grammy winner is still within and arms reach in my music collection. Without hesitation, I boldly say this remarkable talent and a gifted artist voice should be heard and embraced by music enthusiast. The versatile Childs has recently worked as the music director for smooth jazz trumpet player Chris Botti. Stay tuned, for the follow up to his award winning “Lyric.” His forthcoming record is appropriately titled, “Jazz Chamber Music Vol II” which is due out early 2010″ via ArtistShare. Word has it, Childs shaped this jewel with the same intense innovative spirit as he brilliantly executed on “Lyric.” ~ Rob Young | The Urban Flux 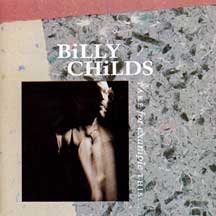 This early effort from Los Angeles-based pianist and composer Billy Childs starts out on a decent level and gets stronger as it goes along. Childs is a versatile writer whose compositions are creative and complex post-bop. His piano playing on this set sometimes recalls Herbie Hancock and Chick Corea, but already shows strong signs of his emerging musical personality. With excellent playing from Bob Sheppard on tenor, flute, and soprano on six of the eight selections (all Childs originals) and a couple tight rhythm sections, Billy Childs’ early set is well worth searching for. – Scott Yanno 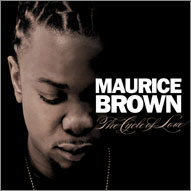 Maurice Brown - The Cycle of Love

If your hips are swaying, fingers are snapping and heart is skipping, don’t call the doctor just yet—It might be the Maurice Brown Effect. Feeling good has become symptomatic of audiences from the banks of the Mississippi to the streets of New York, courtesy of soulful jazz trumpeter Maurice “Mobetta” Brown.

Exciting the ears of bebop enthusiasts and hip-hoppers alike, Maurice’s passionate and improvisational rhythms have been electrifying the music industry. Innovation is the key to Maurice’s soulful melodies, which have graced both legend Aretha Franklin and urban legend Talib Kweli’s versatile recordings. The response from both old and new schoolers pushed Maurice’s 2004 debut album, Hip to Bop, onto top ten charts across the country. 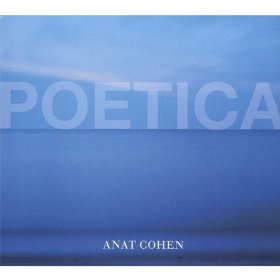 I found out about this CD because it was one of Slate magazine’s top 10 Jazz CDs for 2007. I checked it out further and found out it was also in the Top 20 Jazz CDs of 2007 in the Village Voice Poll. Then I found out the artist, Anat Cohen, won several awards last year from Downbeat Magazine and The Jazz Journalists Association, and was the first woman horn player to lead a band at the Village Vanguard. So, naturally, I was curious to hear it. When I did, I understood why Anat Cohen is one of the fastest rising stars in jazz. She has an unbelievably beautiful tone on the clarinet, an extraordinary gift for interpreting melodies, and most importantly, exquisite improvisational skills. What is most impressive about her, however, is her restraint.

Though she clearly is a virtuoso in terms of technique (I know this from listening to some of her other CDs and, especially, hearing her play live since I bought “POETICA”), she never succumbs to the temptation to show off. She always serves the music. And, in the case of Poetica, it is beautiful music indeed. In fact, I think this is the best CD of its kind I’ve heard since Jim Hall’s “Concierto”. I highly recommend it to anyone who appreciates that subtlety can be the soul of a musical masterpiece. —Earscape/Amazon.com

Greeting’s fellow jazz aficionados, it looks like and exciting week musically from a cast of various voices in today’s jazz. 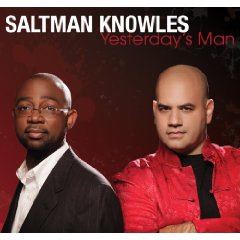 Saltman Knowles, called “a fine example of all that is good in contemporary jazz,” once again stays true to melody and original composition in their latest release on the Pacific Coast Jazz label, Yesterday’s Man. 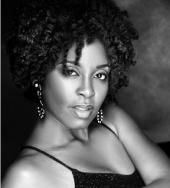 On the heels of their critically acclaimed fifth CD, Return of the Composer, bassist Mark Saltman and pianist William Knowles have produced a sophisticated yet rhythmically driven statement with a fresh point of view that illustrates the importance of combining intricate song craft with introspective emotion. Lori Williams-Chisholm returns to provide what JazzTimes calls “her exquisite wordless vocals” encased in a sultry, smooth sound. – PACIFIC COAST JAZZ END_OF_DOCUMENT_TOKEN_TO_BE_REPLACED