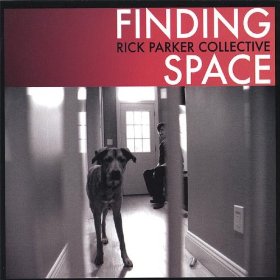 Finding Space is the second CD release by award winning trombonist/composer Rick Parker and his band which has been dubbed “the best kept secret in New York City right now” (AllAboutJazz.com)

Parker was awarded the 2005 ASCAP Young Jazz Composer Award and can often be heard performing with the likes of the Ku-umba Frank Lacy Vibe Tribe and drum legend Charli Persip and Supersound. END_OF_DOCUMENT_TOKEN_TO_BE_REPLACED

Moroccan world singer/composer/producer, MALIKA ZARRA is a multi-cultural shape-shifter, an enchantress who leaps effortlessly between seemingly unconnected languages and traditions, uniting them while utilizing each to further enrich the others. The exotically beautiful artist with the velvety, sinuous mezzo-soprano voice has demonstrated a rare ability to communicate both powerful and subtle ideas and feelings in French, English and Moroccan Arabic and is now a much-in-demand headliner at nightclubs and festivals the world over.

Malika was born in Southern Morocco, in a little village called Ouled Teima. Her father’s family was originally from Smara, an oasis just off the Sahara, while her mother was a Berber from the High Atlas. During her early childhood, there was always music and dancing in the house and Malika sang almost from babyhood. After her family emigrated to a suburb of Paris, she found herself straddling two very different societies. I had to be French at school yet retain my Moroccan cultural heritage at home, she recalls, Like many immigrant children, I learned to switch quickly between the two. It was hard but brought me a lot of good things too. END_OF_DOCUMENT_TOKEN_TO_BE_REPLACED

I am so happy to announce the release of my New CD ‘BOTERO’ !! Collaboration CD with the great artist, and friend, Bob James!!!… Also featured on the CD are Nathan East (from Fourplay) on Bass and Vocals and Lewis Pragasam on Drums… and Melvin Davis on Bass on one track!!..

I am very honored to have these great musicians and friends on this CD, and i hope you all myspace friends get to have a chance to check out the music!!

This collection of tunes, really represent my friendship with Bob, and our experiences, and reflection of creative ideas through our musical adventures… 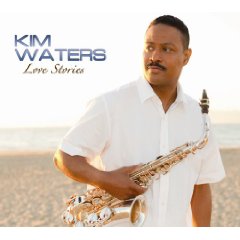 Sax player Kim Waters continues his collaboration with Shanachie Entertainment with his new album Love Stories. The album features crooner Kenny Lattimore and is scheduled for release on January 26, 2010.

Waters launched his solo career with a series of R&B recordings on the Warlock label (beginning with 1989’s Sweet and Saxy), and has sold over a million units of both his original material and thematic projects like his sax tribute to The Platters. He relocated to Sacramento, California from his longtime home in Aberdeen, Maryland but continues his affinity for recording in the home studio setting.

“The coolest part of recording was doing most of it in my new studio and being able to do so much of it myself. Even if it’s got some old school qualities, to me it sounds really fresh…and that’s what making music is all about, whether I’m doing my latest CD or performing live at my own shows or these past few years with The Sax Pack. The most rewarding thing is to be able to contribute something of value to the world which affects people positively and makes them happy. Music has that ability like nothing else in the world.”