Within the next couple of months the wait for new music is nearing and end by one of the most substantial, celebrated, and provocative voices in jazz composer and musician Cassandra Wilson has a new album for her fans on Blue Note Records. Now, until this manifests lets take a moment and revisit “Glamoured” by the Jackson, Mississippi native to rejuvenate our spirit and encompass an intricate collaboration of vocal, and lyrics equaling in a tone of near perfection. —Rob Young | The Urban Flux

One of the simple pleasures of life is putting a Cassandra Wilson disc into the player and hitting “start“. Her voice takes me to a spot that few singers know how to reach…and “Glamoured” proves, once again, why Cassandra is one of our most important performers.

This release is a great mix of brilliantly conceived covers and incredible originals. One of the fascinating things about being a CW fan is following the growth of her talents as a songwriter. While the promise was always there (think “Redbone“), with each new release, her songwriting skills have grown stronger, to where we now have originals that rival the covers she chooses. No where is this more evident than on the toe tapping “I Want More“, with an outstanding drum contribution from Terri Lyne Carrington, and “On This Train” where that haunting smoky voice just shines through – this is the type of song that reminds you why you love Cassandra’s vocals.

END_OF_DOCUMENT_TOKEN_TO_BE_REPLACED 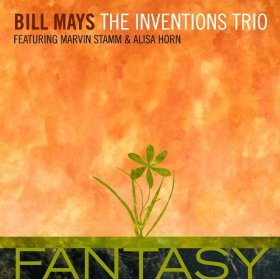 The list of recording artists who have successfully rendered both jazz and classical idioms is short, but remarkable. Some that come to mind are Eddie Daniels (clarinet), Bill Watrous (trombone), Wynton Marsalis (trumpet), and Holly Hofmann (flute). Add to that list two more names: Bill Mays (piano) and Marvin Stamm (trumpet & flugelhorn). Joined on five of the nine tracks by the talented Alisa Horn on cello, they have given us an album that is hard to categorize. I puzzled over which iPod playlists to sort the tunes into – jazz? classical? easy listening?

The material is an ear-catching mix of jazz standards (“Baubles, Bangles, & Beads,” Charlie Parker’s “Ah-Leu-Cha“); adaptations of themes from Bach, Rachmaninoff, Debussy, and Gershwin; and Mays’ composition “Fantasy for Cello, Trumpet, and Piano” in three movements. All are executed with classical precision and contemporary feeling. I reacted with joy when I heard how cleverly Mays and Stamm merged Bach’s Two-Part Invention with Parker’s “Ah-Leu-Cha.” Suffice it to say that if you have any interest at all in the intermingling of jazz and classical, you’ve got to hear this. —James A. Vedda

Bassist/Composer Robin Duhe has emerged to the forefront after performing for three decades with the R&B group, Maze Featuring Frankie Beverly. Duhe took an unexpected turn in 2004 with the release of his first solo CD, Do It Duhe. He has now launched is second CD, Life.

Duhe was born in Oakland, California. He came from a large musical family. In the third grade, Duhe learned to play the trumpet. In high school, he switched to the French horn and performed in various school orchestras and bands. The best moment of Duhe’s high school band experience was performing at the New York World’s Fair. Eventually, Duhe changed from wind to string instruments. This occurred when his mother gave him a four-string guitar. He strummed that guitar like a bass and found his niche, the bass guitar.

Ironically, during the writing of Life, Duhe suffered the devastating illness of cancer. He wrote the title tune, Life (Gets in the Way), after his recovery. That song echoes Duhe’s personal experiences in dealing with the disease. The opening line of the title tune is straightforward and honest. It says, “Sorry, I can’t make it today; suddenly my world has changed.” As a whole, the Life CD is stirring music that is filled with the emotions and the life experiences of a true artist. 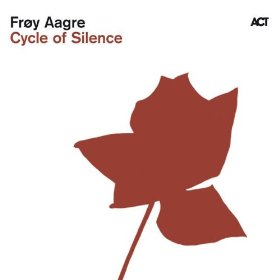 Frøy Aagre has released two acclaimed albums; Katalyze (2004) and Countryside (2007). The last was named one of the top ten jazz albums in 2007 by the Norwegian newspaper Dagsavisen. Her group consist of some of the finest young musicians on the Norwegian Jazz Scene (Andreas Ulvo: piano, Audun Ellingsen: bass, Freddy Wike: drums) and they “truly functions as a band, each member playing off one other and, above all, serving the songs.”(AllAboutJazz, US).

Her international reputation is growing. Aagre and her band was one of six jazz acts worldwide to be selected to play a showcase at the prestigious arrangement ”MIDEM Talent Jazz” at the international music fair MIDEM in Cannes January 09. In November 08, Aagre did a successful UK tour that included sold-out performances at London Jazz Festival with trumpet legend Kenny Wheeler. END_OF_DOCUMENT_TOKEN_TO_BE_REPLACED

It’s hard to imagine, but February is coming to and end. Spring is just around the corner calling us to get ready for some exciting music and events waiting in the mist for us to embrace. We’re excited with another week of new titles beckoning us to check them out with artist like Cindy Black, John Pizzarelli, guitarist Mark Whitfield and a new Box-set from Prestige Records featuring trumpeter and jazz legend Miles Davis recordings from the label. Do enjoy, and whatever you do keep the spirit of jazz alive as you go about your daily activities!

Miles Davis called him a “little genius” and “the fire, the creative spark” of his ’60s quintet, which arguably featured the best rhythm section jazz has ever known. The rhythmic instigator was Tony Williams-only a teenager when he joined the group-who went on to become one of the greatest drummers-if not the greatest-of all time. When he tragically died at the age of 51 in 1997 in the midst of continuing to speed ahead with new compositional projects, he left in his wake a drummer who counted him an invaluable mentor and close friend whose career has been a testament to Williams’ legacy. Cindy Blackman is not only one of contemporary music’s most creative drummers but also a passionate witness to the role model Williams provided to her.

END_OF_DOCUMENT_TOKEN_TO_BE_REPLACED 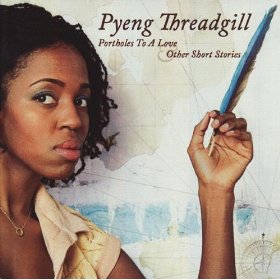 Pyeng Threadgill - Portholes to a Love & Other Short Stories

… On her soon to be released third album, Portholes To A Love & Other Short Stories, Pyeng Threadgill explores concepts of reality and magic, humanity and nature. With Pyeng’s vibrant, caressing vocals and her band’s rolling rhythms and revolving countermelodies listeners are enveloped in the clouds and put under a spell. From the lulling sensation of locomotion, to the secrets of the sea, the hopeless romantic, to the immigrant experience Pyeng uses lyrics lush in metaphor to depict a wondrous universe.

Judging from Pyeng Threadgill’s childhood her musical destinations seem a natural outcome. Threadgill was born into an artistic family on the Lower East Side of New York in the 1970’s at a time when Polish and Puerto Rican, Black, Chinese, and Jewish were all living in close proximity. Much of Pyeng’s childrearing years were spent in black box theatres, community gardens, Jazz night clubs or on the road with her dancer/choreographer mother. These experiences proved just as influential as the early Soul/Jazz stylings of singers like Sam Cooke and King Pleasure that emanated from the stereo. 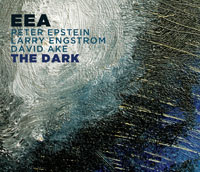 The Dark marks the debut release of EEA, a newly formed ensemble consisting of saxophonist Peter Epstein, Larry Engstrom on trumpet, and pianist David Ake, three longtime colleagues and collaborators. Whether performing original compositions, collective improvisations, or overlooked gems from the jazz repertoire, The Dark explores the full range of moods and textures afforded by this unusual instrumentation. Epstein, Engstrom, and Ake have performed and recorded alongside many of the world’s finest artists in jazz and improvisational music, including Ralph Alessi, Uri Caine, Scott Colley, Ravi Coltrane, Peter Erskine, Charlie Haden, Bobby Previte, and Miroslav Tadic. EEA allows all of their varied experiences to make its way into their music. The result is a rare mix of sounds and approaches honed over decades of creative and diverse music making.

END_OF_DOCUMENT_TOKEN_TO_BE_REPLACED

Michel Camilo - Thru My Eyes

I first saw Michel Camilo performing in 2000 in Jerusalem. I was not really sure what to expect since I did not know anything about this musician before the concert, besides that he is playing a “Latino jazz”, and I am not a big fan of Latino music (I am a big fan of piano jazz though). Well, what I found out is that Camilo never plays strait Latino, but incorporates the trend into solid gold jazz crafting. No question – Latino flavor is there, but it makes his music even more exciting. I went looking for his CD the next day after the concert, and I picked the “Thru My Eyes“. That CD officially made me Michel Camilo’s fan. Since then I bought every single CD the pianist released and was never disappointed.

Thru My Eyes does not include any original material on it (as suggested in the title) – but the selection is great, and Michel’s convincing manner of playing really makes you feel like he actually wrote all the tunes. The sound quality is excellent, and bass-drums support is phenomenal. This CD is like a shot of espresso – dense and robust. Highly recommended. —Eugene/Chicago

Here’s another tasty, invigorating, sophisticated and accessible collection of music from the Euro Jazz scene titled “Green Delay” by this extraordinary trio called Phronesis. This gem features the talented Copenhagen-born and London-based bassist Jasper Høiby along with his sidekicks Anton Eger on drums and Ivo Neame on piano to round out this fabulous trio. —Rob Young | The Urban Flux 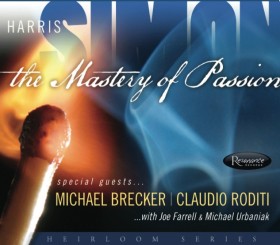 Harris Simon - The Mystery of Passion

As a 21-year-old wunderkind, pianist-composer-arranger Harris Simon went into the studio in March of 1978 to record his first recording under his own name. Produced by George Klabin and Jeff Kaufman, New York Connection featured an all-star cast including tenor sax titan Michael Brecker, Brazilian trumpeter Claudio Roditi, saxophonist-flutist Joe Farrell, Uruguyan keyboardist Hugo Fattoruso, bassist Mike Richmond, guitarist Bill Washer and Brazilian drummer Portinho. Two years later, Simon returned to the studio with essentially the same heavyweight crew to record Swish. Both quintessential late ’70s offerings, now available for the first time in three decades on the Resonance Records compilation The Mastery of Passion, represent a moment in time when jazz was crossing over to a wider audience. END_OF_DOCUMENT_TOKEN_TO_BE_REPLACED