Hello jazz enthusiasts, welcome back for another tasty brew of some of the absolute finest jazz available from the shelves of “Flux Music Essentials.” In the mix this week, I’ve conjured up another diverse palette of music featuring vocalist Cassandra Wilson, Brazil’s finest Azymuth, saxophonists Myron Walden, pianist Taylor Eigsti and violinist Andrei Matorin. Hopefully, during your travels you’ve met these excellent recordings along the way. 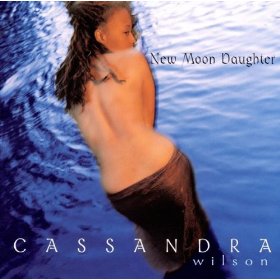 Without a doubt New Moon Daughter is my favorite Cassandra Wilson album. Not to say that the others weren’t also excellent. They definitely were. I still listen to Blue Night til Dawn and Traveling Miles regularly. But New Moon Daughter is something else entirely. It’s not that New Moon is totally different than any other Cassandra Wilson album. It contains no less than five cover songs which are all excellent. Especially the quietly powerful strange fruit. She really adds another dimension to that song. Her version of love is blindness is just as spellbinding as u2 original. I’m so lonesome I could cry is as heartbreaking as any other version that I’ve heard. And her rendition of The Last Train to Clarksville makes you forget that a group called the Monkees ever made such as song. And her version of harvest moon blew me away. But the true strength in New Moon Daughter are the original songs. Of those my favorites are Solomons song and until, both songs are sung with an almost lovers intimacy. It feels as if she singing to you. Overall an excellent album that will please most if not all fans of Cassandra’s Wilson’s music. –-Amazon.com

Azymuth - Before We Forget

This fourth Azymuth album on Far Out Recordings was recorded in Rio De Janeiro and succeeds in re-capturing the authenticity, feeling and spirit of Azymuth’s sound and their native city. The atmosphere on the album is mellow and reflective allowing this longpayer to pull in a new generation of fans yet manging to rekindle the atmosphere of Azymuth when they first formed in the early 70s. —Far Out Recordings

Azymuth started their career back in the early 1970s when Marcos Valle invited them to record on a soundtrack LP in tribute to the Formula 1 racing driver Emerson Fittipaldi.One of the tracks was entitled Azimuth, and after the great success of this record in Brazil they asked Marcos if they could use it as the name for their band. This was the official start of Azymuth. At this point there was a fourth member, Ariovaldo – the percussionist of the group who died tragically in the mid-Seventies, throwing into question the continued existence of the band. —MySpace.com 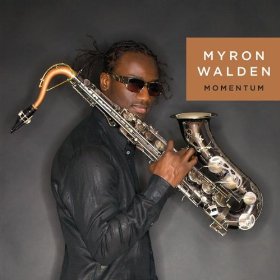 Myron Walden was born in Miami, Florida on October 18, 1972, moving with his mother to the Bronx at age 12, and grew up listening to a wide range of rhythm and blues, blues, soul, and gospel music. Shortly after the move, as Myron’s uncle was listening to a recording of Charlie Parker’s ‘One Night in Washington,’ young Myron was profoundly moved by the music and, hearing the uncle exclaim “Tell it Bird!,” he immediately knew that music was his calling and that music would be his voice.

In some ways, his 2009-2010 trio of albums best reflects the way music made him feel at that early age. “When Brian Blade Fellowship was formed I was really inspired. Here was a jazz master who knew country, blues and early rock. Brian helped me realize the vast possibilities in music. My passion is too expansive to be limited to one style. I like to express myself and my emotions beyond the conventions of any one genre.” With new recordings, ‘Momentum‘, ‘In This World‘ and ‘Countryfied‘, Walden has created a body of work full of range and passion. 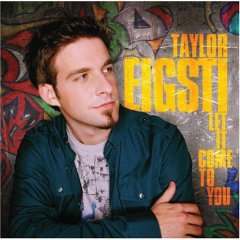 Taylor Eigsti - Let It Come to You

I was innocently working, with XM radio jazz channel on in the background. Heard the familiar tune, ‘Caravan‘, looked up at the LCD display to see the performer was Taylor Eigsti, an unfamiliar name. Went back to work. Hey, this is a pretty swinging version. Looked up again at the display and thought: I should try to remember the name Eigsti. Went back to work. Hey, this is a really hard swinging, virtuoso performance! OK, I stopped the work, turned up the volume, savored the rest of ‘Caravan‘, came here to Amazon, and plunked down my order for this album and ‘Lucky To Be Me’. Then I googled and learned I must’ve had my head in the sand, because this musician has taken on the jazz world by storm the last few years. As you can read from my experience, I can’t recommend this as background music to work by…. but I urge you to check this out as music that will excite and amaze and envelope you! —Amazon.com

Opus, the debut album by emerging jazz violinist and composer Andrei Matorin, seamlessly blends the harmonic and rhythmic intensity of modern jazz with the emotion and sensitivity of classical music while alluding to soaring melodies of his native Brazil.

he Boston Globe calls Brazilian-born Andrei Matorin an “emerging jazz violinist” and featured him in their Critic’s Picks column three times since 2008 next to the likes of jazz greats such as Bill Charlap, Jim Hobbs, and John Patitucci. As a composer, Andrei’s music seamlessly blends the harmonic and rhythmic intensity of jazz with the emotion and sensitivity of classical music while alluding to the soaring melodies of his native Brazil. As a student at Berklee College of Music, he was honored with Berklee’s Achievement Award on two separate occasions. —CDBaby.com