Greeting’s everyone, I’m back this week with another serving of who’s who in the world of jazz from the shelves of “Flux Music Essentials.” 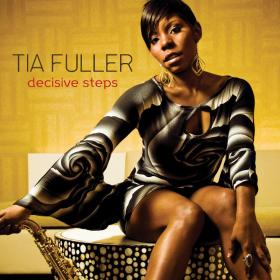 “It’s a continuation of Healing Space, evolving from a stationary place of healing to steps of action,” Fuller says. “I’ve been in the mindset of really moving forward to the next level in my life, constantly being in the mindset of greatness, relentless in my pursuit and progressing with purpose by embracing my talents, recognizing my strengths and improving upon my weaknesses…but also in not being afraid of change; stepping forward in faith and not in fear.” 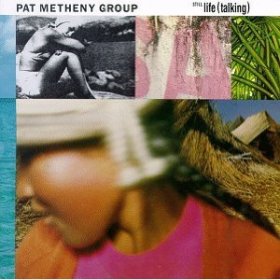 This is one of Pat Metheny’s best. I have the original CD release and have used it as a reference when auditioning audio equipment. The original recording really is great. So what could the studio possibly do to improve it when remastering?

Apparently the studio thought that it was important that this recording sound good when listening to it in the car, because they boosted the average sound level by compressing the loud parts. Sure, when comparing the two versions with the volume knob at the same setting, the quiet parts of the remastered version sound clearer and more distinct. But that’s because the quiet parts are louder. Unfortunately for the remastering engineer it’s not possible to make the louder parts louder, too. The result is the loss of dynamic range, and occasional clipping. 5 of the 7 tracks hit the maximum level on the remastered CD. Only 1 does on the original.

I’ll be keeping the original and flipping the remastered version. —J. Stimson | Amazon.com 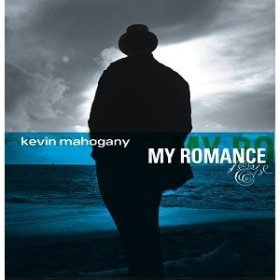 Kevin Mahogany’s sudden prominence in the mid-’90s was a relief to many who felt that male jazz singers under the age of 60 were non-existent. His swinging style is reminiscent, but not derivative of, Joe Williams. Mahogany played piano, clarinet, and various saxophones while growing up before deciding to specialize in singing. He attended Baker University in Kansas and sang locally in some R&B groups. In the early ’90s, Mahogany dedicated himself to jazz and, after two fine albums for Enja, he signed with Warner Bros. for LPs including 1997’s Another Time Another Place and 1998’s My Romance.

Kevin Mahogany’s sudden prominence in the mid-’90s was a relief to many who felt that male jazz singers under the age of 60 were non-existent. His swinging style is reminiscent, but not derivative of, Joe Williams. Mahogany played piano, clarinet, and various saxophones while growing up before deciding to specialize in singing. He attended Baker University in Kansas and sang locally in some R&B groups. In the early ’90s, Mahogany dedicated himself to jazz and, after two fine albums for Enja, he signed with Warner Bros. for LPs including 1997’s Another Time Another Place and 1998’s My Romance. In addition, he has recorded as a guest on dates by Elvin Jones and arranger Frank Mantooth. In fall 2000, Portrait of Kevin Mahogany was released. — Scott Yanow, All Music Guide 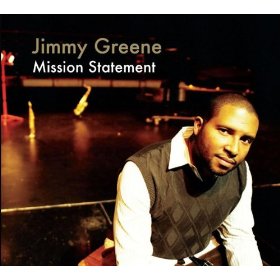 Mission Statement by Jimmy Greene is a masterful statement by a great saxophonist in a music scene loaded with many great saxophone players. Jimmy stands out in my opinion because of his full bodied tone & individual sounding original compositions and a Coltrane command of the tenor & soprano saxophones. The amount of respect he commands on the jazz scene can be measured by the stellar company that he keeps on this album. This band is one of the main reasons for this albums wonderful sound. The band consists of Lage Lund on guitar a young lion if you will in the school of Pat Martino & Pat Metheny who has been making alot of noise as a leader & in many sideman appearances. Xavier Davis on piano who is a fine player that has appeared with Jimmy on several other albums most recently Greene’s live album Jimmy Greene: The Overcomer’s Suite [CD on Demand].

Driving the rhythm are two of my personal favorites Reuben Rogers on bass & Eric Harland on drums, both these players represent the cream of the younger jazz musicians & they are awesome! Rogers with his total command of the bass & clean tone & Harland reinventing jazz drumming with each appearance he makes on record & there are many. Also vibes man Stefon Harris makes a appearance on the track Revelation. All the music here is written by Greene who being the fine composer that he is makes the lack of any well known jazz standards tolerable. This album is more of a concept album that in my opinion aims to tell a story or paint a picture for the listener. The tunes cover a wide spectrum of emotions & moods the opening title track starts the album off with a bang & it’s a roller coaster ride of hard swinging tunes & gentle ballads. I like to say let the music speak for itself which is why I’d rather not do a track by track analysis hopefully from what I have said you can get that this is a great work worthy of your hard earned dollars. Check this out! —Anthony Guarriello / Amazon.com 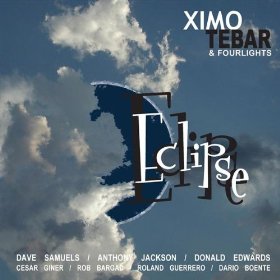 The Spanish-born, New York-based guitarist Ximo Tebar meets all of the aforementioned criteria with the release of his latest Sunnyside release, Steps; an invigorating and engaging record date that demonstrates what the guitar can do in the hands of a master at the top of his instrumental, interpretational, and compositional game.

This is serious stuff. It’s jazz, first-class jazz. And it’s Ximo, jazz guitarist, and proud of it! At a time when there were no jazz guitarists around in Spain, nor jazz musicians (except for Tete Montoliu), Ximo was one of the first who dared to step out.

I love Ximo, his eclecticism, which does him credit, his deep understanding of jazz, which nobody can deny and which he infuses into his music. This is Ximo Tebar: all guitarists in one. —Amazon.com / Sunnyside.com

The above titles are quintessential recordings drawn from the various branches in the jazz genre.