Greeting’s jazz lovers, I’m back with another tasty mix of jazz that’s undoubtedly shaken and well stirred from the shelves of the “Flux Music Essentials.” First up, I’ve got the innovative voice of trumpeter Russell Gunn heading the pack, meanwhile the mix thickens with the legendary keyboardist, producer, songwriter and mega-star Herbie Hancock makes his statement with “The New Standard,” also newcomer and extraordinary violinist Daniel Bernard Roumain is ready to rock your world. The exceptionally soulful Kirk Whalum on saxophone arrives with “Gospel According to Jazz,” and finally the beloved Yellowjackets featuring guitarist Mike Stern is the icing on the cake of this infallible groove called jazz. 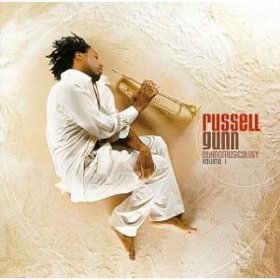 Crossover recordings run an extraordinary risk of failing, or at least flailing. Trumpeter Russell Gunn’s avoids the former fate and, by and large, also escapes the latter. Consider this recording a sibling to his other early-1999 release, Love Requiem, which toes a straight-ahead acoustic jazz line while Ethnomusicology does something entirely different. Gunn’s ensemble crosses the wires of hip-hop and postbop, coming up with a slinky funk feel in spots (witness the opening groove bit with the Parliament-style pinched vocal welcoming listeners to the CD) but keeping a strong neobop improvisational vibe heavy and pervasive. 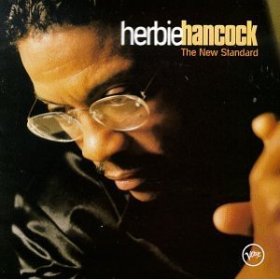 This is by far one of Hancock’s best recordings (at least since the Headhunters, Thrust, Manchild days). He captures a strange haunting sound in the twilight between Jazz, Pop and Rock. When I come home from a long day there is nothing better than mixing a gin and tonic and putting on Herbie’s fantastic version of “Norwegian Wood”. The musicians seams to be completely in tune on this record, not just showing off talent but really putting there soul into it.

If you dig Miles Davis on “In a Silent Way” or Coltrane in “My Favorite Things” then you are going to love this fantastic record. Tracks like “Mercy Street”, “When Can I See You”, “Manhattan” and “Love is Stronger Than Pride” are made of the good stuff, they are played with depth and skill in that rare way that makes a classic. In short this record can be put next to any great Jazz masterpiece. —Lars Tackmann /Amazon.com

Having carved a reputation for himself as an innovative composer, performer, violinist, and band leader, Haitian-American artist Daniel Bernard Roumain (DBR) melds his classical music roots with his own cultural references and vibrant musical imagination. Proving that he’s “about as omnivorous as a contemporary artist gets” (New York Times), DBR recently collaborated and performed with Lady Gaga on FOX’s American Idol. His accolades range from being voted as “America’s Assignment” on the CBS Evening News, to receiving praise as one of the “Top 100 New Yorkers” (New York Resident).

Please visit, http://www.dbrmusic.com/ for more details about this intriguing new artist! While you’re there watch this dude in action! —Thirsty Ear

Kirk Whalum - The Gospel According to Jazz Chapter 3

This the finest chapter in the series yet.

12 years after saxophonist and composer Kirk Whalum issued the first The Gospel According to Jazz recording comes its third chapter. Recorded live at Reid Temple in Glenn Dale, MD, the set contains a stellar backing band that includes Reginald Veal on upright bass, organist Jerry Peters, percussionist Lenny Castro, trumpeter Aaron Broadus, and additional horns, vocals, and backing vocals. As is customary for these recordings, there are also a number of special guests including George Duke, Lalah Hathaway, Doc Powell, John Stoddart, and a slew of family members including sons, uncles, cousins, and nephews. The double-disc soundtrack contains the entire concert.

Disc one begins with Whalum playing solo on Call to Worship, a Coltrane-esque recitation of hymns in modal fashion. Things get funkier on the New Orleans-inspired funky yet straight-ahead jazz in Whalum’s original Fit to Battle, before moving toward Latin-tinged jazz on Ananias and Sapphira. Hathaway and Stoddart do a lovely job on the Nat Adderley-Luther Vandross tune Make Me a Believer they are stellar on He s Been Just That Good, and Stoddardt shines on his original If You Ever Need Me, with inventive and elegant scat singing. Duke s piano is gorgeously lyrical on Because You Loved Me. Disc two contains the funky soul-jazz of Jesus Africa Jesus, with its faux reggae rhythm section underscoring Whalum’s soprano before it becomes a rap tune. Hathaway makes a return appearance on his It s What I Do, and on a very contemporary gospel reading of The Thrill Is Gone that keeps B.B. King’s blues feel intact. One of the two bonus tracks features Bishop T.D. Jakes and his wife Serita on You Are Everything, that echoes Barry White’s amorous recitations — only quite wholesomely — to close it out. Ultimately, this is a set that appeals more to Whalum s gospel fans than to his jazz fans, but that has nothing whatsoever to do with the quality of what s here. All the musical performances are top-notch and walk his wonderful trademark line between straight-ahead and contemporary jazz, urban gospel and R&B. This the finest chapter in the series yet. —Thom Jurek, All Music Guide 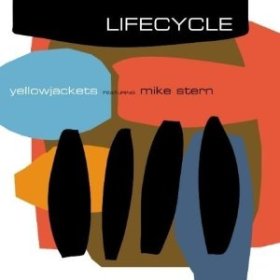 After simmering for years, the idea for “Lifecycle” reached critical mass when Mike Stern and the Jackets performed together at the Montreal Jazz Festival in the summer of 2007. “We’ve all been a fan of Mike’s for a long time,” says Yellowjackets keyboardist and charter member Russell Ferrante. “Our goal was to make a recording that sounded like Mike had been in the band forever, and I think we accomplished that. To my ears, it feels cohesive – like five musicians with a genuine rapport.”

From the Montreal dates in the heat of the summer to the studio sessions in rural New York State in January 2008, Stern felt the same sense of rapport. “The Yellowjackets are a great band,” he says. “I think we have a lot in common musically, and our playing together felt very natural right away. They’re the ideal collaborative team. It’s so easy to play with them because they play so well together.”

“Lifecycle” is, in some respects, two albums in one. Seven of the ten tracks are quintet pieces featuring guitarist Mike Stern and the Jackets, while the remaining three are quartet pieces that showcase the individual and collective talents of the current Yellowjackets lineup: keyboardist Russell Ferrante, saxophonist Bob Mintzer, bassist Jimmy Haslip and drummer Marcus Baylor. Whatever the combinations and permutations, it’s all good. Mintzer contributes three tracks: the energetic opener, “Falken’s Maze,” the rhythmically complex “Yahoo,” and the easygoing “I Wonder.” —Amazon.com