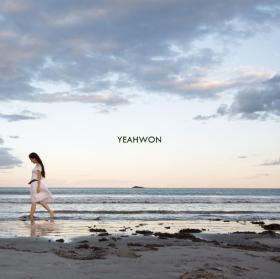 In addition, the legendary composer and multi-instrumentalist Egberto Gismonti, one of Yeahwon’s most cherished musical influences, makes a special guest appearance on his own “Memoria e Fado,” underscoring the depth of Yeahwon’s immersion in Brazilian music heritage, her determination to learn her art from the very source.

Yeahwon’s journey began in the suburbs of Seoul, South Korea, where her musical talents began to emerge at age five. After studying at Korea’s Dong-Duk music university, she moved to New York in 2005 to attend the New School University Jazz and Contemporary Music program, from which she graduated with honors in December 2006.

Since then, Yeahwon has refined her artistry with a laser-like focus on Brazilian music, furthering a legacy of jazz cross-pollination that goes back many decades. “It’s so natural for me because it fits with my personality,” Yeahwon says. “Brazilian music has this happiness, and although there’s a sadness in the lyrics, the melodies are very beautiful. My personality is optimistic, I would say, and the reason I’m doing Brazilian music professionally is because it gave me this sense of hope. Also, I love nature, and Brazilian music relates to nature so much, directly through the lyrics and also the feeling. The musicians who came before me – like Antonio Carlos Jobim – he wrote music related to the appreciation of nature, and at the end of his life he devoted a lot of his copyright money to protecting the Amazon. That inspires me a lot.”

Singing in Portuguese – which she continues to study intensively – Yeahwon honors Jobim with beautiful renditions of “Chovendo Na Roseira,” “Eu Nao Existo Sem Voce,” “Dindi” and “Inutil Paisagem.” Immediately, one is struck by her bond not only with the material, but also with her fellow musicians. “When I arranged this music,” Yeahwon states, “I was hearing their playing. And they have experience playing with Brazilian musicians: Alon Yavnai played with Rosa Passos, Kevin Hays played with Luciana Souza, Jeff Ballard has played everything, and Ben Street already knew all these songs, knew them by heart, that’s how much he loves this music. And Mark Turner, he listened to how I sang and supported me so beautifully. He amazed me.”

The sound of FLY- Turner’s trio with Ballard and bassist Larry Grenadier – inspired Yeahwon to write her arrangement of Dorival Caymmi’s “Rosa Morena.” “I really love what FLY does, and I heard Jeff Ballard play this figure,” says Yeahwon. “The song is very simple and so joyful, and it’s the last song I arranged for the project.”

Supplementing Yeahwon’s arrangements, the project’s producer and guest guitarist Sun Chung crafted the rich horn section parts heard on several tracks, as well as the guitar-based pattern that undergirds their reading of Milton Nascimento’s “Travessia.” The two selections by Ary Barroso, “Aquarela do Brasil” and “Na Baixa do Sapateiro,” have a particularly festive feel, thanks to the presence of Scott Kettner’s Maracatu NY ensemble on the former and a full complement of hand-clappers – and choir drawn from the ranks of Yeahwon’s ArtistShare® funder-participants – on the latter.

Two of the songs feature non-Portuguese lyrics, one being the Korean folk song “Sae Ya Sae Ya,” which translates roughly as “Hey bird, hey bird.” “The song has a serious story behind it,” Yeahwon explains. “During Japan’s occupation of Korea, the Korean people sang this to relieve their emotions. In the lyrics, the bird is Japan, and the flower is Korea: ‘Don’t sit on the flower, because if the flower falls….’ It’s a sad story, and yet it became a lullaby. Somehow I felt a relationship between this song and Brazilian music, and the sound of the words reminds me of Portuguese a little bit.”

Putting her inimitable stamp on Egberto Gismonti’s “Palhaço,” Yeahwon wrote a new set of Korean-language lyrics for the piece. “The story of the lyrics is my whole life – how I live in the music, and how I want to be through the music.” Yeahwon met Gismonti in 2007 at Korea’s Incheon Jazz Festival, and the two, along with Yeahwon’s dear friend Valtinho Anastacio, quickly struck up a musical kinship – the fruits of which can be heard on the closing track, Gismonti’s “Memoria e Fado,” featuring the composer himself on piano.

“Gismonti’s melodies are just too beautiful,” says Yeahwon. “Many times when I listen to his music it sticks with me for days. Also, the way he lives – he’ll go into the Amazon to live with Indians, he invents his own instruments. His passion leads me to go deeper into music.”

Summing up, Yeahwon declares: “I’m doing Brazilian music but I want to do it my own way, and I think my experience as a Korean is very important.” This comes out in remarkably subtle fashion – for instance, the main motif in her arrangement of Barroso’s “Aquarela do Brasil” is based on the Korean utari rhythm. “I see it as a Korean percussion parallel to samba or maracatu,” she says. And that’s exactly the spirit in which the band approaches it. Such is Yeahwon’s ability to inspire her fellow players, build bridges across cultures and, not least of all, create music that tells a uniquely moving story.