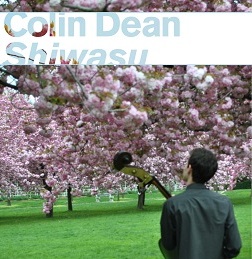 At first sight of this new recording by Long Island, NY native composer acoustic bassist Colin Dean titled “Shiwasu” I was moved by what was to come musically but unaware of what to expect simply because I hadn’t heard his music before …. that’s of course until now.

As you know, for those of you that have frequent this spot I get a rush when new music by unexpected artists arrives in my mail box. As usual, I’m excited with anticipation as I crack open the seal to see who’s performing on this project and then at a glance I noticed one of my favorite pianists the indelible Rachel Z appears throughout. Also playing here, are unfamiliar voices like Sean Nowell on (Tenor & Soprano Saxophones), Colin Stranahan (Drums) and of course Colin Dean on acoustic bass rounds out the ensemble.

With his debut project “Shiwasu,” Dean labored diligently to score seven relevant compositions to unleash his passion on Roots and Grooves Music. However, to my dismay, I was initially disappointed with the total playing length of this record. Nonetheless, all worries aside playing time in this case does not hinder the possibly of greatness that awakens from within the body of the music regardless of time.

The opening piece, “Growth” compositionally allows space for Colin Stranahan on drums and the incomparable Rachel Z on piano to skillfully deploy their mellifluous solos in time emerge into creative ideas with agility as the ensemble slowly gains momentum to effectively execute familiar voicing’s to unfold their zealous tonality to counterbalance this engaging piece.

“Colin Dean attended the New School for Jazz and Contemporary Music in New York City and received a BFA in jazz performance in May 2006.” Dean deeply rooted in the hub of music as a leader, and music director set his eyes on the prize to launch his own band Roots and Grooves. To my surprise, Colin has honed his skills by playing with not only great jazz players but he also collaborated with a host of diverse artists including hip-hop stars namely Eternia and Hasan Salaam and he also opened for Snoop Dog, KRS-One and many others in this genre. It goes to show, whatever you do, wherever you go … don’t judge an artist by the music they play!

The remaining pieces on “Shiwasu,” are energized with a conscious effort to unveil an atmosphere which contains attractive tones, shapes and textures comprise by the pliable voices of this incredible quartet featuring the infallible Rachel Z on the funky “Wakan. The ensemble’s creativity clearly widens with Barda, Akasha & Brooklyn Ferry.” These songs in summary captures the character, balance and subtle brilliance exhibited through Dean’s proverbial compositional style and extraordinary playing displayed by him and his tenacious quartet.

Finally, the session concludes with the exquisite musings of “My Ship” … this gem is saturated with the elegant and lush tones provided by saxophonist Sean Novell. Great ending … by chance if you dig accessible music with layers of compelling intricacies and lingering shapes throughout then I can’t say enough about the music and the remarkable interplay by this fearless quartet. Colin Dean carved rudiments of modern jazz into his voice without feeling indebted to playing traditional jazz. Thanks for doing you …