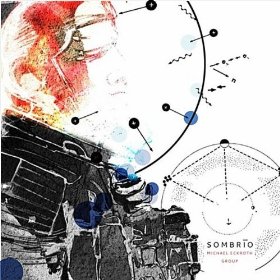 This album was composed, recorded and produced over an almost two year period. I brought together some of my friends from New York City to get some of my original compositions on tape. I was inspired by the classic modern jazz recordings of the 60s and wanted to hear that dark piano sound, so I chose Peter Karl’s studio in Brooklyn.

The compositions themselves are not particularly of that era, as I feel that music shouldn’t really look back purposely, though in the end I was using some conventions and instrumentation of those classic recordings. Not enough room here to break down too much information about the players but suffice to say they are some of the best I have had the pleasure to be associated with. Of the three cover tunes on the album, one was composed by drummer Jukubu’s father Dick Griffin, an important jazz artist in his own right (the ballad My Fantasy).

The other two were 1970s works by composers I respect greatly, Hermeto Pascoal and Phil Markowitz. My originals, the first six pieces on the album, all reflect sounds/musicians that I have admired throughout the years, or were inspired by events and feelings I have experienced in the city since I arrived in 2006. Thanks for listening. —Mike Eckroth 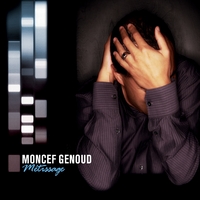 “Métissage” (French for “crossbreeding” or “miscegenation”) is Moncef Genoud’s 11th studio album as a leader. It was recorded in Switzerland with his Swiss trio comprised of long-time friends Antoine Ogay (bass) and Philippe Staehli (drums). A genuine crossing of various moods, styles, and even instrumentations, the record features a cover of Serge Gainsbourg’s “La Javanaise,” a singular arrangement in 11/4 of Miles Davis’ “Blue In Green,” on which a ubiquitous Moncef plays the piano, drums, and Minimoog parts (!!), as well as other surprising tunes, intertwined with his own melancholic compositions (“Métissage,” “Chermignon”).