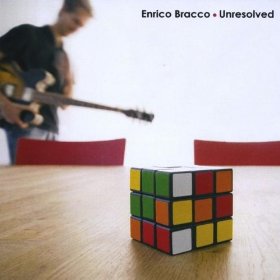 Born in Rome 1973 on July 21st, Enrico begins his musical studies when he was 11 years old at the secondary school of the “Istituto Francesco Petrarca”. At the age of 15, he approaches the jazz guitar with the teachers M. Nardi, R. Nicoletti and D. Terenzi, at the “Scuola di Musica di Testaccio” in Rome and at the same time, privately, he studies piano, theory and solfeggio with the teacher F. Pieroni. After having attended for five years the SPMT, Enrico improves his musical knowledge attending several stages with international teachers such as Joe Di Iorio, Jerry Bergonzi, Adam Rogers, Mark Turner, Kurt Rosenwinkel and several others.

Beside the concert activity he is deeply involved in teaching permanently in the schools of music “Artidee” and “Fonderia delle Arti” in Rome. He has taught in the summer seminars at the Viggiano jazz (2005-06-07), San Gemini jazz and Tam Music School (Fermo).