“…a lifelong scholar of Africa, (Randy Weston’s) playing has always had a ring of the ancient in it; his percussive, resounding bass-clef chords are among the great pleasures in jazz piano.” – Ben Ratliff, The New York Times 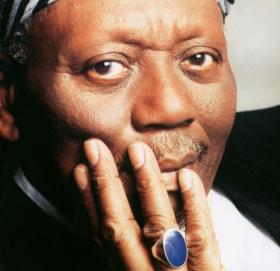 The French Institute Alliance Française (FIAF), New York’s premiere French cultural center, welcomes leading Moroccan cultural and intellectual figures for a series of talks from May 1-21 on the occasion of the fourth edition of its annual World Nomads Festival, which this year celebrates the arts and culture of Morocco. On May 11, Randy Weston will receive His Majesty King Mohammed VI’s honor for his lifelong engagement with Morocco and deep commitment to bringing Morocco’s Gnaoua music tradition to the attention of the Western world. His collaborator of over 50 years, Gnaoua maestro Maleem Abdellah El Gourd will be present for the occasion and will also be honored. Mr. Azoulay will represent His Majesty the King for this occasion.

The great NEA Jazz Master, Guggenheim Foundation Fellowship winner, and Chevalier in France’s Order of Arts and Letters Randy Weston has contributed six decades of musical direction and genius to the world. He remains one of the world’s foremost pianists and composers today, a true innovator and visionary. Encompassing the vast rhythmic heritage of Africa, his global creations musically continue to inform and inspire. He has had a deep commitment to Morocco and the Gnaoua culture since the 1960s when he was introduced to the world of the Gnaoua by maestro Maleem Abdellah El Gourd who represents the Tangiers Gnaoua tradition. Maleem Abdellah El Gourd and Mr. Weston have collaborated together in concert presentations throughout the world including at an unprecedented concert at the Canterbury Cathedral in England.

In African Rhythms: The Autobiography of Randy Weston (Duke University Press, 2010), Mr. Weston recounts his experiences living in Morocco for seven years, where he ran the African Rhythms Club from 1967 to 1962, and describes the beauty of Morocco and its people. Weston’s latest CD, The Story Teller (Motéma Music), was released in November 2010.