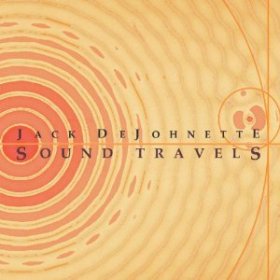 At his best, Jack DeJohnette is one of the most consistently inventive jazz percussionists extant. DeJohnette’s style is wide-ranging, yet while capable of playing convincingly in any modern idiom, he always maintains a well-defined voice. DeJohnette has a remarkably fluid relationship to pulse. His time is excellent; even as he pushes, pulls, and generally obscures the beat beyond recognition, a powerful sense of swing is ever-present. His tonal palette is huge as well; no drummer pays closer attention to the sounds that come out of his kit than DeJohnette. He possesses a comprehensive musicality rare among jazz drummers.

That’s perhaps explained by the fact that, before he played the drums, DeJohnette was a pianist. From the age of four, he studied classical piano. As a teenager he became interested in blues, popular music, and jazz; Ahmad Jamal was an early influence. In his late teens, DeJohnette began playing drums, which soon became his primary instrument. In the early ’60s occurred the most significant event of his young professional life — an opportunity to play with John Coltrane. In the mid-’60s, DeJohnette became involved with the Chicago-based Association for the Advancement of Creative Musicians. He moved to New York in 1966, where he played again with Coltrane, and also with Jackie McLean. His big break came as a member of the very popular Charles Lloyd Quartet from 1966-1968. The drummer’s first record as a leader was 1968’s The DeJohnette Complex. In 1969, DeJohnette replaced Tony Williams in Miles Davis’ band; later that year, he played on the trumpeter’s seminal jazz-rock recording Bitches Brew. DeJohnette left Davis in 1972 and began working more frequently as a leader. In the ’70s and ’80s, DeJohnette became something like a house drummer for ECM, recording both as leader and sideman with such label mainstays as Jan Garbarek, Kenny Wheeler, and Pat Metheny.