Why Note, is unquestionably a nice find! French guitarist Richard Manetti serves up a delicious blend of contemporary and modern jazz with his latest offering. Like many of you, this is certainly my first encounter with Manetti’s music.

Surprised, absolutely because after listening his consummate tonality flows evenly through the core of these admirable pieces with immense yet colorful melodies align neatly to frame creative and attractive story-lines as brilliantly executed by the guitarist on the opening track “Why Note.” END_OF_DOCUMENT_TOKEN_TO_BE_REPLACED 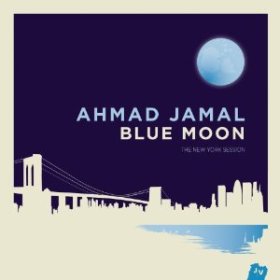 “Blue Moon is not just Ahmad Jamal’s latest album, it’s his latest masterpiece, suffused with a feeling reminiscent of his greatest periods with Chess and Impulse !

Original compositions of pure majesty, brilliant new interpretations of American legends (the “film noir”, Broadway, the vast open spaces), each of these nine pieces showcases Jamal’s creative reinvention of swing, provides a pretext for some breathtaking melodies and calls on sophisticated syncopations that will leave you gasping.

Accompanied by three impeccable guardians of the tempo, Ahmad Jamal is at the peak of his art. Formerly a highly talented pianist of a type of music known as jazz, he is now the chief apostle of American classical music.”