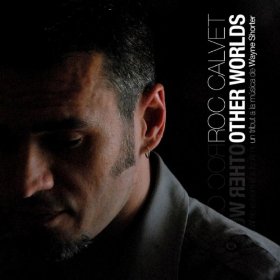 Roc Calvet, Other Worlds (A Tribute to Wayne Shorter)

Born in Terrassa (Barcelona) in 1978. Guitarist and composer of jazz, rock, blues, country, funk and soul. Guitar teacher since 1998, he’s a graduate of “l’Aula de música moderna i jazz de Barcelona” and ESMUC.

He is currently playing in various jazz and improvised music groups with musicians such as Philippe Haffligen, Matthew Simon, Josep Maria Farràs and Federico Mazzanti, performing all over Spain. In 2010 he released a CD with the band Eliptic Project, “Six Tunes Below Zero” (Quadrant Corners) .

This CD contains six compositions of contemporary jazz influenced by the off-mainstream jazz community. ”Other Worlds, a tribute to the music of Wayne Shorter” is his debut as a leader. It is a set of arrangements based on the compositions of the early Blue Note 1960. -[Biography]-