Greetings jazz lovers, as always I’m thankful for the opportunity to introduce new artists [if you haven’t met him] on this occasion I’ve got bassist John Benítez and his latest album “Purpose.” Funny thing, although I was aware of Benítez this is my first encounter with a solo album by him I knew right away I had to spread the news about this extraordinary musician. As time allows, check out the award-winning bassist John Benítez because he’s got some seriously funky Afro-Latin Jazz chops in store for you. —Rob Young | Urban Flux Media 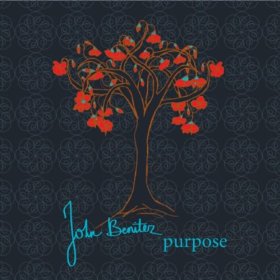 At nineteen, John as the first-call bassist in San Juan’s thriving Jazz, R and B, and Latin music scenes. He performed with, among others, such well-known artists as Chick Corea, Lucecita, Batacumbele, Lalo Rodriguez, Cuco Pena, Roberto Roena, and Justo Betancourt. –[Excrept – Biography]-

“A Lorca Soundscape” is a new work­­ by bassist-composer Alexis Cuadrado, reflecting on Federico Garcia Lorca’s 1930 book, “Poeta en Nueva York”, with a series of jazz pieces that utilize Lorca’s poetry as lyrics.

Lorca lived in NYC for a few months in 1929-30 and he wrote a heartfelt set of poems that reflect on the culture shock and loneliness that he experienced at the time. The book is a raw social commentary that connects with themes that are still an important part of the American reality today, such as the economic inequalities, racial-social discrimination or the brutality of the urban landscape. “Poeta en Nueva York” deeply connects with the current socio-economic climate, the “Occupy” movement, and the general population discontent about how our system is working. END_OF_DOCUMENT_TOKEN_TO_BE_REPLACED 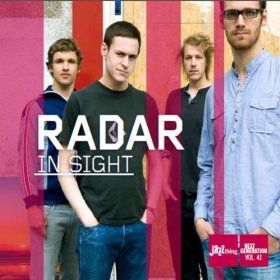 Extremely relaxed: this best describes the composition and interpretation on “In Sight”. The four young guys from RADAR have produced a mature work with “In Sight”, which forms an absolutely intrinsic whole. You can also bring to mind when listening that these are not old hands playing, but that “In Sight” is actually the debut album of the young Berlin quartet RADAR. With a matter-of-factness, they present their own style; slight digressions in the direction of classical fugue or Latin as light as a feather always take a proper place in their pure and original overall sound. The legendary microphone manufacturer Neumann, belonging to the Sennheiser Group in the meantime, also perceived it similarly. They are supporting the studio production of RADAR with their microphones and euphoria. END_OF_DOCUMENT_TOKEN_TO_BE_REPLACED 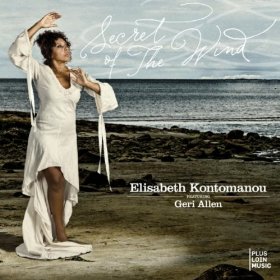 Of Greek and African origin, and born in France, Elisabeth Kontomanou has worked with many musicians in both Europe and America, including Sam Newsome, Leon Parker, Michel Legrand, Mike Stern, Alain Jean-Marie. She first gained recognition at the ‘Concours de La Défense’ and has since been nominated for a Django d’Or Award, following her album ‘Embrace’ released on Steeple Chase in 1999. END_OF_DOCUMENT_TOKEN_TO_BE_REPLACED 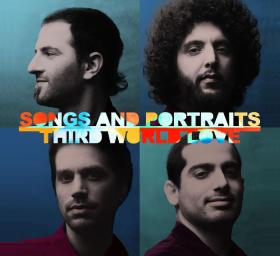 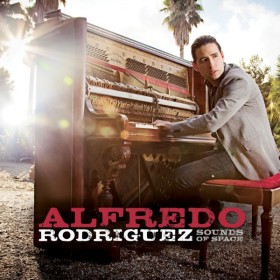 Critically acclaimed producer Quincy Jones says this about pianist Alfredo Rodriguez … “One of the most prolific and gifted jazz pianists of the 21st century.” As I see it, no argument out of me Q is right on point about this extraordinary musician.

Whether pianist Alfredo Rodriguez is the best, finest or greatest or not isn’t for me to measure. “SOUNDS OF SPACE” on Mack Avenue should open whatever door he chooses to walk into.

Born in Havana, Cuba, pianist – composer Alfredo Rodriguez is the son of popular singer, TV presenter and entertainer. This explains his thirst to excel musically. While Rodriguez is formally classically trained at Conservatorio Amadeo Roldán and later at the Instituto Superior de Arte he met his greater challenge to perfect his skills on the streets and on stage. END_OF_DOCUMENT_TOKEN_TO_BE_REPLACED 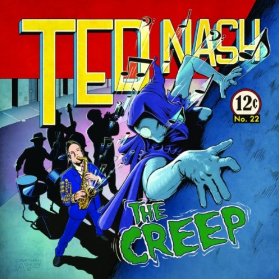 Multi-instrumentalist Ted Nash’s interest in music started at an early age. Exposed to music and encouraged by his father, trombonist Dick Nash, and uncle, reedman Ted Nash – both well-known studio and jazz musicians – the younger Nash started playing the piano when he was seven. By the time he turned 12, he had started playing the clarinet; a year later he picked up the alto sax.

Nash blossomed early, a “young lion” before the term became marketing vernacular. In high school Nash had the good fortune to study jazz improvisation with Charlie Shoemake, the innovative teacher and well-respected vibraphonist. Nash’s first gig came when he was only 16. At that young juncture he played a week in Hawaii with legendary vibraphonist and band leader, Lionel Hampton. The same year he won an audition to play lead alto with the Quincy Jones band, and by the time he was 17 Nash had toured Europe, appeared on three records, and was performing regularly with the likes of Don Ellis, Louie Bellson and Toshiko Akiyoshi, as well as leading his own quintet. END_OF_DOCUMENT_TOKEN_TO_BE_REPLACED 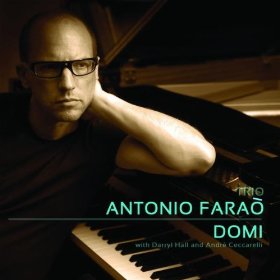 Born in Rome in 1965, he attends classic music courses in 1980 with Adriano Della Giustina, and earns his intermediate degree (5th year) in 1983 at the Giuseppe Verdi Conservatory in Milan. Antonio Faraò has been considered an extraordinary talent since his early teens when he used to sit in at jazz clubs during intermission. He soon took part in festivals such as CIAK, Umbria Jazz, Lugano, La Spezia, Merano, Maastricht, Palermo, Lucerne, Athens, Lyon and others. He is invited to numerous radio and TV shows (D.O.C./RAI, Jazz Club, Video Music, Porto Matto, Pronto chi Gioca, Doppia Coppia, Incontri, Jazz Inn.) END_OF_DOCUMENT_TOKEN_TO_BE_REPLACED

“knocking fresh slang out of the bass . . . some of the most original music being heard in New York” – The New York Times

” . . . Avital is one of the most exciting musicians to come onto the jazz scene in the last 20 years. His live shows are pure joy…hard-driving jazz with a new soul for a new era.” – DownBeat Magazine 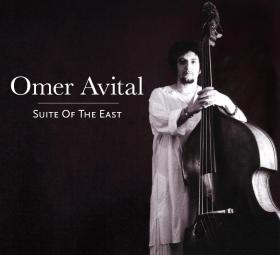 Omer Avital, Suite of The East

Bassist/composer Omer Avital defines the words creative and prolific, with more than a half dozen new recordings of original music released over the past several years. Suite of The East, Avital’s latest creation, to be released by Anzic Records on April 24, 2012, is the end result of a month-long residency at Smalls (in Greenwich Village, NYC), and a guerrilla recording session, that took place during the spring of 2006.

At this time Avital had a collection of original compositions that were written towards the end of his three-year stay in Israel, and completed in New York City. The compositions naturally belonged together, linked by a common thread that runs through all of the tunes. Avital explains, “During that time in Israel I was studying classical European composition as well as Middle Eastern and North African music – Maqam Theory, and also playing the oud. The compositions on Suite of The East all deal with Middle Eastern and North African themes.” END_OF_DOCUMENT_TOKEN_TO_BE_REPLACED 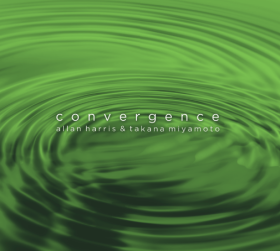 These are just some of the words that can be used to describe the mellifluous meeting of Tony Bennett and Bill Evans on their storied duo recordings from the 1970’s. Few modern musicians have dared to tackle the venerable songbook that these Jazz giants made their own.

LISTEN TO STREAMING TRACKS FROM CONVERGENCE

That is until now.

With the release of Convergence, vocalist Allan Harris and pianist Takana Miyamoto forge a symbiotic sonic bond, saluting the spirit of Bennett and Evans, while coining their own musical vocabulary as well. It’s an aural affair not to be missed. END_OF_DOCUMENT_TOKEN_TO_BE_REPLACED