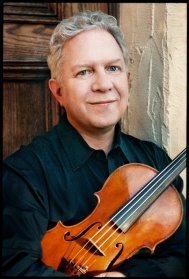 The Board of Directors of the Jazz Bakery today announced the appointment of Jeff Gauthier as the Bakery’s first executive director. With experience as a nonprofit manager, concert promoter, music producer and musician in Los Angeles, Gauthier brings many relevant skills to the 20-year-old nonprofit organization. Gauthier will work closely with Ruth Price, Bakery founder, President and Artistic Director.

Culver City recently agreed to transfer a parcel of land adjacent to the Kirk Douglas Theater to the Jazz Bakery for a new jazz performance and cultural center to be designed by renowned architect Frank Gehry. The hiring of an executive director marks an important step toward strengthening the Bakery’s organizational resources and capacity, and establishing a new home for this cherished Westside institution. Ruth Price said, “I’ve been impressed by Jeff for years as a musician, record company producer, and forward-thinking entrepreneur. This is serendipity at its best!”

Gauthier’s duties will include development and fundraising, and support of the Board’s planning and capital campaign for construction of the new center. “This new cultural center, which will include two performance spaces, a gallery, a community space and a café, presents an incredible opportunity for the Jazz Bakery to become a center for jazz and creative music on the West Coast,” said Gauthier. “I’m honored and thrilled at the chance to help realize this vision.”

Ruth says, “While we develop our new home, our Movable Feast concert series will continue to bring music to our audiences, presenting in venues around Los Angeles.” The Movable Feasts have brought artists John Abercrombie, Mose Allison, Brian Blade, Eliane Elias, Jim Hall, Charles Lloyd, and many others, to diverse crowds at a variety of venues including the Musicians Institute, Zipper Hall, and REDCAT. For more information about the Movable Feast series, please go to www.jazzbakery.com.

Gauthier’s hiring also brings new opportunities for the Jazz Bakery and Angel City Arts to collaborate, beginning with the co-production of the 2012 Angel City Jazz Festival. As former executive director of Angel City Arts, Gauthier and festival founder/artistic director Rocco Somazzi established the four-year-old festival as one of the West Coast’s premier showcases for contemporary music. This year’s festival will take place October 5-14, with the theme “Artists and Legends: Innovative artists pay tribute to their legendary mentors.” Concerts will take place at UCLA’s Royce Hall, REDCAT, The John Anson Ford Amphitheatre and LACMA. Performers for the festival will be announced in early May. For more information about the Angel City Jazz Festival, please go to www.angelcityjazz.com.

Jeff Gauthier has been named a Downbeat Magazine “Rising Star” as both violinist and producer for several years running. He is the founder of Cryptogramophone Records which was named #4 Best Jazz Label in the 2007 Downbeat Critics Poll. Gauthier has produced more than 60 jazz and classical recordings, working with Alan Broadbent, Alex Cline, Nels Cline, Mark Dresser, Peter Erskine, Bennie Maupin, Alan Pasqua, Jimmy and Stacy Rowles, and many others. He also produced the long-running Cryptonight concert series in Culver City. As a classical violinist he has performed with the Los Angeles Master Chorale, L.A. Opera, Long Beach Symphony, Carmel Bach Festival and Oregon Bach Festival. As an improviser he has performed and recorded with the Jeff Gauthier Goatette which includes Nels Cline, Alex Cline, David Witham and John Fumo. He has also performed and recorded with Adam Rudolph and Yusef Lateef, with Vinny Golia’s Large Ensemble, and with many other creative musicians on both coasts. Gauthier is a graduate of California Institute of the Arts.

The Jazz Bakery is a California non-profit organization dedicated to presenting America’s music in all its non-commercial diversity, and to keeping jazz alive by cultivating new audiences and fostering new talent. Founded in 1992 by jazz vocalist Ruth Price, the Jazz Bakery has achieved international acclaim through her uncompromising artistic vision, and has earned a reputation as one of the best places anywhere to experience live jazz. Price’s vision includes a performance space with theater seating that creates focused interaction between the artist and audience, a space where the sound is the highest fidelity, the lighting is appropriate, the quality piano is well-maintained, and every seat is the best in the house. Look for the Jazz Bakery on Facebook at www.facebook.com/thejazzbakery