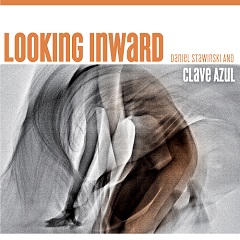 CLAVE AZUL is a crucial project for Daniel Stawinski. Not only is he the pianist and leader of the group, but also his compositions make up for the biggest part of its repertoire. The sound of CLAVE AZUL merges the creativity and spontaneity of modern jazz with the energy and rythmic complexity of afro-cuban music.

The multifaceted experiences of the band members in various musical contexts (cuban folkloric music, salsa, avantgarde jazz…) allow for this unique stylistic blend: an original, European interpretation of contemporary Latin Jazz which was awarded the Berlin Jazz&Blues Award 2005. In November 2010 the band had the unique possibility to accompany cuban percussion legend Changuito during his concert in the Werkstatt der Kulturen Berlin.