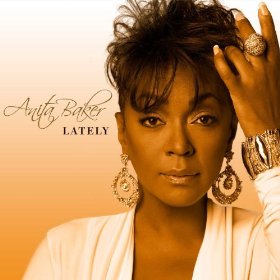 Songwriter, performer, producer and R&B icon Anita Baker is set to make fans of her romantic style excited with her seventh studio album, Only Forever, which will be released on Blue Note Records/EMI.

The ten track offering lives up to its title, featuring the same classic music that Baker is known for, but with a modern twist.

On Monday, August 6, 2012 at 10:00am ET, Baker will be the first recording artist ever to have an unprecedented premiere on Urban Adult Contemporary Radio for all Clear Channel stations as they play her single “Lately” every hour on the hour. The single is out digitally everywhere on August 7th.

Baker is an eight-time Grammy winner, with four platinum and two gold albums to her name. She shot to fame with her classic album Rapture, and experienced critical and commercial success with subsequent albums Giving You the Best I Got, Compositions, Rhythm of Love, and My Everything. She has also released a successful greatest hits (The Best of Anita Baker), holiday (Christmas Fantasy), and live album (A Night of Rapture: Live).