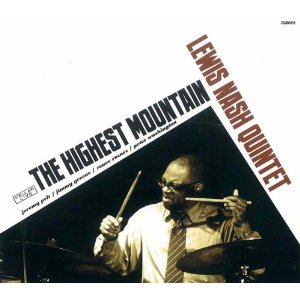 “Universally recognized as the great drummer of his generation — resourceful, inventive, subtle and infallibly tasteful.” – The Village Voice

A veteran of the international scene, Nash has played with many jazz greats, from Betty Carter and Dizzy Gillespie to Diana Krall and Branford Marsalis. He rose to particular prominence during his decade in Tommy Flanagan’s trio. Noted for his subtle, melodic playing, Nash is also an accomplished bandleader and educator.

Manuel Valera, Cuban pianist, bandleader, composer and arranger, has been nominated for the Grammy Awards for his album New Cuban Express in the Best Latin Jazz category.

Manuel is also the piano faculty of Swarnabhoomi Academy of Music, Chennai. It’s a proud moment for the artiste and the academy. Prasanna, president of the academy, says, “Manuel is one of the most amazing Cuban virtuosos today. I saw him perform at the Newport Jazz Festival in September 2012. We wish him well for the Grammy Award night. He will be traveling to Los Angeles for the ceremony and be back in the academy hopefully with the award.”

Manuel is in the forefront of contemporary modern jazz and represents the next generation of great performers and composers.