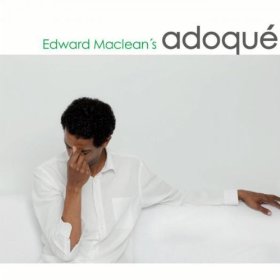 Edward Maclean has been operating in the deep frequency trade for some time now. Electric bass, double bass, and the occasional fat bass synth are his constant companions. He was born in Ghana, went to school in the far west of Germany and graduated from the Hanns Eisler School of Music in Berlin where he currently lives.

His sound is rich,warm and has a lot of bottom with a little bit of grime in the middle. Holding down the time while keeping songs breathing – always focused on the overall sound – he has established himself as a sought after musical director.

As his compositions gain more recognition -having written songs for Fetsum and Eska Mtungwazi – he is about to launch his own venture: Adoqué. -[Biography | Excerpt]-

Go to SoundCloud and listen to snippets from his new project!