An excellent modern, mainstream pianist who is adaptable to many acoustic jazz settings, Stanley Cowell has long been underrated except among knowing musicians. He studied the piano from the time he was four, and Art Tatum made an early impact. After attending Oberlin College Conservatory and the University of Michigan, Cowell (who had played with Rahsaan Roland Kirk while at Oberlin) moved to New York in 1966. He played regularly with Marion Brown (1966-1967), Max Roach (1967-1970), and the Bobby Hutcherson-Harold Land quintet (1968-1971).

In the early ’70s, Cowell worked in Music Inc. with Charles Tolliver, and they co-founded the label Strata East. He played regularly with the Heath Brothers during 1974-1983, and since 1981 has been a busy jazz educator. Cowell has recorded as a leader for Arista-Freedom (1969), ECM (1972), Strata East, Galaxy, Unisson, DIW, Concord, and SteepleChase. –[::: iTunes.apple.com | Biography :::]–

The group started at a session Kris Davis called. They played for about and hour and Tyshawn Sorey suggested to turn it into collaboration. They have developed an almost telepathic way of interacting really deconstruct and improvise with the sometimes long and involved compositions. Everything is possible and each one of them is kept on his/her toes all the time.

All three musicians contribute their own unmistakable compositions to the group’s sound. “AllAboutJazz” has described their unique interplay as “a taut set, as if they’d agreed to avoid the easy way to make a fire and instead rubbed sticks telekinetically”. -[::: estrugamng.com :::]-

With the 2007 release of The Source – his debut recording as a leader – drummer and composer Kendrick Scott established a reputation right out of the gate as an explorer, someone with a generous measure of wisdom and insight to counterbalance his youth and newcomer status.

Nearly six years later, Scott and his band continue to dig beneath the surface to find the deeper truths in Conviction, their new CD scheduled for release on Concord Jazz on March 26, 2013 (international release dates may vary). As the title suggests, Conviction is the vehicle by which Kendrick and company look past the mundane and examine the motivating forces that propel us through life, even in those times when the greater truths are obscured by the tedium of the everyday. END_OF_DOCUMENT_TOKEN_TO_BE_REPLACED

Greeting’s everyone, I can’t believe that I almost missed out on this beautiful record by one of the best in the business vocalist Lori Williams. Nonetheless, it’s better late then never! I’m elated to invite you to feast your ears on her amazing, soulful and jazz influenced album appropriately titled “Eclipse of the Soul.” –Rob Young | Urban Flux Media

Lori Williams, Eclipse of the Soul

“Lori Williams is a lot more than just a singer, songwriter, and performer. If you were to judge her on these things alone, you would have to conclude you where dealing with one of the finest artists of our era, an eventual legend and, I have no doubt, time will prove me right. I think music aficionados who listen to this project will agree that these tracks step her toward this destiny. Let me add a little fuel to this fire. Lori’s lead vocal recording is all original – no vocal overdubs, no re-tracking, and almost no vocal fixes (come on… no one is perfect). When we recorded the material, I had her record “scratch vocals” with the intent of throwing them out and recording the REAL lead vocals later (as is customary). Well, that’s NOT what happened… you are listening to the unaltered scratch vocal. END_OF_DOCUMENT_TOKEN_TO_BE_REPLACED

On January 8, 2013, saxophonist and composer Joe Lovano will release Cross Culture, his 23rd Blue Note recording and the third consecutive release by his critically acclaimed quintet, Us Five. To celebrate the album’s release, Lovano will be taking Us Five out on an 11-city U.S. tour that launches January 19 and includes shows at The Mint in Los Angeles (January 22) and Yoshi’s in Oakland (January 24-26) before culminating with two nights at The Allen Room at Jazz At Lincoln Center in New York City (February 22-23). END_OF_DOCUMENT_TOKEN_TO_BE_REPLACED

Thomas was born on 09.11.1960 Timmler born in St. Georgen in the Black Forest. At 15, he began playing saxophone and was trained on this instrument in the local brass band club and at the music school. From 1981 to 1984 he attended the General School of Swiss Jazz School until he joined in early 1984 at the vocational school of the Swiss Jazz School. Completion in the spring of the 1988th. 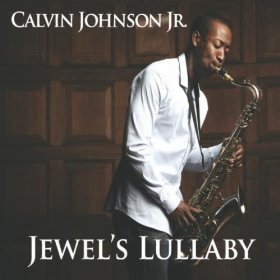 Music has flowed mellifluously through Calvin Johnson’s veins as far back as he can remember. He was born into a rich musical heritage where Jazz, Classical and Funk/Soul artists on both sides of his family have paved the way. While Calvin is a multi instrumentalist, he primarily plays the tenor saxophone. His adopted philosophy of perseverance and a respect for the creative force of music allows him to expand on his natural talent instead of taking it for granted. Musical expression, to Calvin, is a constantly evolving process that’s strengthened through hard work and an undying reverence for every note played. END_OF_DOCUMENT_TOKEN_TO_BE_REPLACED

“Joe Gilman is certainly one of the greatest pianists I’ve ever heard.” – Dave Brubeck

Dr. Joe Gilman is Artist in Residence at the Brubeck Institute, a full-time professor of music at American River College in Sacramento, and an adjunct professor of jazz studies at CSU Sacramento. Joe was the music director of Capital Jazz Project from 1997 to 2011. He has received bachelor’s degrees in classical piano and jazz studies at Indiana University, a master’s degree in jazz and the contemporary media from the Eastman School of Music, and a doctoral degree in education from the University of Sarasota. END_OF_DOCUMENT_TOKEN_TO_BE_REPLACED 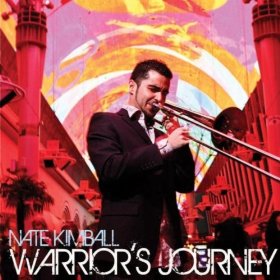 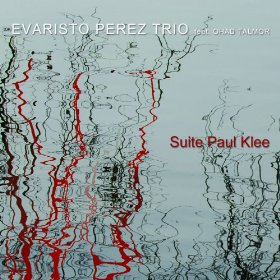