… a melting pot of various genres into one mix!

Doug Lunn is a multi-instrumentalist/composer who specializes on 5 string fretless electric bass. He has appeared on hundreds of recordings in a wide range of styles. He has recorded and performed with artists such as Bruce Springsteen, Andy Summers, Mark Isham, Mike Keneally, Sting, John Abercrombie, Don Cherry, Wayne Kramer, Eddie Jobson, Reeves Gabrels, Martha Davis (The Motels), Art Lande and many others. He was a founding member of the band Fire Merchants with guitarist John Goodsall and drummer Chester Thompson. Doug is currently a member of the Out Trio along with drummer Terry Bozzio and guitarist Alex Machacek.

sean wayland, slave to the machine

END_OF_DOCUMENT_TOKEN_TO_BE_REPLACED 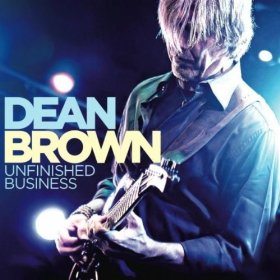 The son of a military man from the Bronx and a jazz singer from North Carolina, Dean Brown grew up in a number of locales during his formative years. Born in France, his family moved to the States when he was two then returned to France when he turned 10. Two years later, his family returned to the States once again. It was the summer of love and something new and decidedly different was in the air that would greatly affect Deans path. END_OF_DOCUMENT_TOKEN_TO_BE_REPLACED

The Orphans Of Smooth Jazz 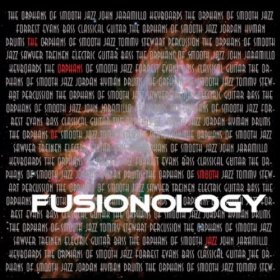 The Orphans Of Smooth Jazz, FUSIONOLOGY

The Orphans of Smooth Jazz are a Topeka-based Jazz Fusion band with some Latin Funk influences. “Orphans” implies a disassociation from “Smooth Jazz. -[Facebook]-

The signature hook by the legendary alto-saxophonist David Sanborn has positioned him to be a pillar in the jazz community. I understand, some may dispute this, nonetheless he’s undeniably one of the most prominent voices in today’s music. If you dig contemporary jazz, than this two disc collection of music is well-worth the cash for those of you who may not have these hand-picked songs by Sanborn for this project. –Rob Young | Urban Flux Media

Then Again: The David Sanborn Anthology is the first comprehensive two-disc collection spaning 25 years of David’s career at both Warner Bros. and Elektra Records.

David has been very involved in the release and handpicked the songs himself. Liner notes by US author/ journalist David Ritz. 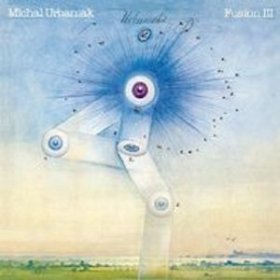 Very engaging and funky fusion disc from 1975, featuring not only Urbaniak’s soaring gypsy drenched violin but also the other-worldly vocalese of his then-wife Ursula Dudziak (quite an original vocal artist in her own right).

The songs combine a lot of playfully twisty be-bop like melody lines with rip-snorting funk, chiming electric pianos and fiery rock sensibilities, particularly the searing guitars of John Abercrombie (check out the spine-chilling solo on “Metroliner”) and Larry Coryell (who seriously rocks out on “Bloody Kishka”). plus a killer rhythm section of bassist Anthony Jackson with drummers Steve Gadd and Gerry Brown. -[Excerpt | Customer Review | Amazon]- 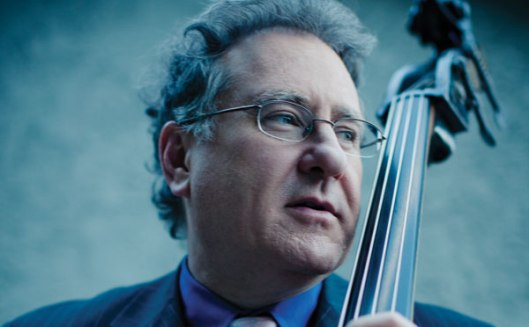 Sherman Oaks, CA (18 July 2012): It’s no ordinary summer for bassist Brian Bromberg, who yesterday released his second and third albums this summer via Artistry Music/Mack Avenue Records. “Bromberg Plays Hendrix” and “In The Spirit Of Jobim” pay tribute to music icons Jimi Hendrix and Antonio Carlos Jobim respectively and arrive six weeks after the release of the bass player’s critically acclaimed chart-topper “Compared To That” as well as the launch of his pioneering online radio station for bassists, Bass on the Broadband (www.bassonthebroadband.com). The immense diversity offered in the trio of new recordings impresses through content and technique while achieving successes in all shades of jazz. END_OF_DOCUMENT_TOKEN_TO_BE_REPLACED

At a glance, Story City is a very unique name for a group with a exceptional sound. The original idea for the record was comprised in 2008 by drummer Steve Jennings, joined with the capable minds and gifted musicianship of bassist Terry Burn with Metheny alumni and co-producer Steve Roby “Time and Materials” was born. As a matter of fact, this record is conceptually fresh, challenging and overall a very interesting to listen too. The compositions here encompass an intricate spectrum of voicing’s, and the ensemble’s interplay is absolutely supreme. If you love fusion bond together with it’s cousin contemporary jazz this recording is for you. —Rob Young | Urban Flux Media

Story City began their musical journey in 2008 when Steve Jennings brought saxophonist Andrew Schwandt, keyboardist Fred Goetz and guitarist Karl Koopman together to learn some very challenging fusion jazz composed by Michael Brecker, Pat Metheny, Lyle Mays, and Don Grolnick among others. Just for the fun of it; just for the love of it.

The commitment and accomplished skill of these musicians led to greatly satisfying sessions. However it was their sharing of influences, mutual respect of this music and BBQ cuisine that convinced Jennings to establish Story City (named after the Iowa town where his great-great grandparents settled in 1870). END_OF_DOCUMENT_TOKEN_TO_BE_REPLACED