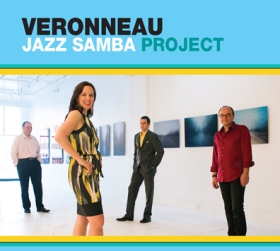 This is the second CD from a band of wildly popular international artists, hailing from the United States, the United Kingdom and Canada. In 2011, Veronneau and exciting guest musicians drew critical acclaim and won fans from around the globe for Joie de Vivre – Joy of Living. With hefty airplay in North America and beyond, that album rose to No. 9 in JazzWeek’s World Music chart, made the Top 10 on many stations and attracted a huge Internet following. The Virginia based band toured their countries of origin and gave numerous interviews, with live performances on BBC Radio and Radio Canada. END_OF_DOCUMENT_TOKEN_TO_BE_REPLACED