A native Virginian, Wyatt lives in the city in which he was born. He studied art at Virginia State University, where he earned a bachelor’s degree in Visual Communications, Art, and Design.

Wyatt believes his technique and style are most influenced by Klimpt and other impressionists. He starts his paintings by applying layers of acrylics on paper or canvas and then uses his own unique weathering technique to reveal various shades and textures. Finally, he adds details via stamping, pen and ink, and dry brushing. -[Excerpt | Bio-Aviscafineart.com]

Norman Wyatt Jr. | The Thought of You | Acrylic on Canvas 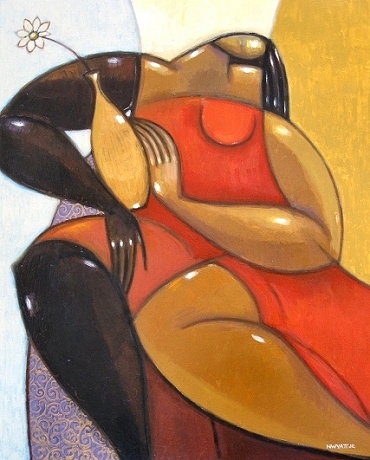 Norman Wyatt Jr., THE THOUGHT OF YOU

Katherine Kisa was born in Nairobi, Kenya. Her family lived in various countries as her father’s United Nations diplomatic post moved him from country to country. The family eventually settled in the United States.

Kisa graduated from the University of Toronto in Canada with a degree in Biology and Physical Anthropology. She also attended Emory University in Atlanta for graduate studies in Biology. She is a self-taught artist who has devoted her art to exploring the patterns and rhythms of her cultural roots in deeply textured mixed media works. -[Avisca Fine Art]- 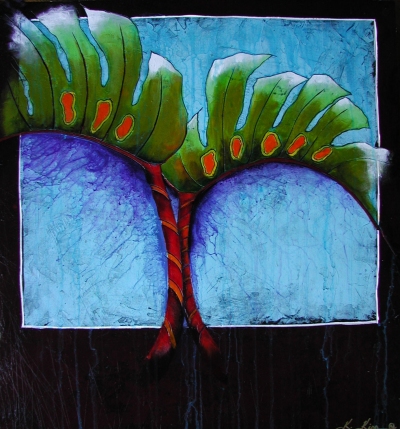