Following on the heels of Animation’s 2010 RareNoiseRecords debut, Asiento, and 2011’s Agemo, saxophonist-composer-bandleader Bob Belden tells his own story on Transparent Heart. With his new Animation lineup consisting of young musicians hired from his alma mater, the University of North Texas (23-year-old keyboardist Roberto Verastegui, 24-year-old bassist Jacob Smith, 29-year-old trumpeter Pete Clagett and 20-year-old drummer Matt Young), Belden unveils a dark narrative as heard through the musical diary he has composed over 29 years of living in Manhattan. END_OF_DOCUMENT_TOKEN_TO_BE_REPLACED

Carmen Intorre Jr., FOR THE SOUL

PAT MARTINO SIDEMAN FLOURISHES AS LEADER WITH FUSION OF JAZZ, FUNK AND SOUL

“An exciting and visceral player, Carmen provides the solid underpinning that propels the soloist, but also creates highly musical textures and patterns that demonstrate an individual voice.” – Ernie Krivda

LISTEN TO EXCLUSIVE STREAMING TRACKS FROM FOR THE SOUL

Drummer/Percussionist Carmen Intorre is pairing up with producer Bob Belden on his debut album For The Soul (Random Act Records); the organ-based session covers a wide range of musical stylings from Stevie Wonder and Steely Dan to Chick Corea and Weather Report. Intorre is joined by John Hart on guitar, Jon Irabagon on alto and tenor sax, and Pat Bianchi and Joey DeFrancesco – two of the world’s most formidable jazz organists. The album swings within the tradition while expanding upon the vocabulary and boundaries of the idiom. END_OF_DOCUMENT_TOKEN_TO_BE_REPLACED 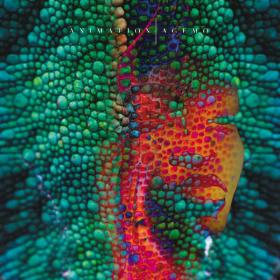 In a bid to keep abreast of cutting edge technology, RareNoiseRecords has embraced the brave new world of the 3D60™ sound experience. The label’s first release to utilize the revolutionary system, which creates a surround-sound mix with the added dimension of the top in the listener’s headphones, is the two-album set Agemo by Bob Belden’s group Animation. Essentially a radical recasting of the six tracks from Animation’s 2010 RareNoise debut, Asiento (a document of a 2006 Animation performance at New York’s Merkin Hall), Agemo offers listeners a whole new perspective on the band’s interpretation of Miles Davis’ 1970 fusion landmark, Bitches Brew. This startling new take on Asiento brings listeners on stage, as it were, with the sounds of saxophonist Belden, trumpeter Tim Hagans, keyboardist Scott Kinsey, bassist Matt Garrison, turntablist DJ Logic and drummer Guy Licata swirling around them on renditions of “Pharoah’s Dance,” “Spanish Key,” “John McLaughlin,” “Sanctuary,” “Miles Runs the Voodoo Down” and the title track of Miles’ seminal work. END_OF_DOCUMENT_TOKEN_TO_BE_REPLACED

Greetings jazz enthusiasts, the weekend has finally arrived for some of us we’re entangled in the chill of this winters bliss. As always, thanks a bunch for hanging out with us at The Urban Flux! 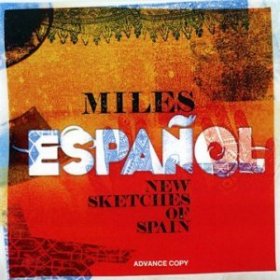 Even though we’re midway into the first month of the year, I’m honored to reflect on some recordings I have spent time on numerous occasions last year. For instance, being that I love adore new music I was blessed to immerse myself in this riveting, fresh yet approachable Latin influenced project that paid tribute to the legendary Miles Davis.

Although marginally restructured the compositions on this rendition of “Sketches of Spain” are persevered to retain its original content yet they are challenged to explore uncharted territory. Interestingly enough, you’ll find a welcome twist of multifaceted nuances underscored in the fabric of these gems will keep you returning for more. Appropriately titled “Miles Espanol,” this project is evenly shaped and divided from a Latin Jazz perspective was conceived, mended and produced by the incomparable Bob Beldon. END_OF_DOCUMENT_TOKEN_TO_BE_REPLACED 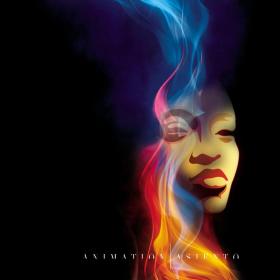 Unconventional. Unheard of. Some might add unreal. Upon first listen, you’ll be struck by the startling freshness and flat-out nerve that have become hallmark sounds of Animation, the best rock & jazz mélange you’ve never heard of.

With two Grammy nominated Blue Note CDs, animation * imagination (1999) and re*animation LIVE! (2000), the group has raised the bar for experimental music, carrying with it infectious tinges of hip-hop, trip-hop, drum ‘n’ bass, fusion and whatever your own imagination might add with each new listen.