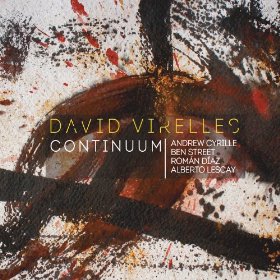 Born and raised in Cuba, David Virelles grew up in a musical family, his father being a singer-songwriter and his mother a flautist in the Santiago de Cuba Symphony. He started studying classical music at age seven, as well as being exposed to the large array of musical forms in the island. Eventually, David discovered his grandfather’s Jazz collection and also became interested in that tradition. In 2001, he left for Canada as a protégé of Canadian musician Jane Bunnett, with whom he recorded several albums (two of them Grammy nominated), toured and collaborated with on a number of projects. END_OF_DOCUMENT_TOKEN_TO_BE_REPLACED