The charismatic David Basse brings hip back the to jazz vocals, this Kansas City native pours out his undivided soul on “UPTOWN” his latest recording available today on Cafe Pacific. If you miss old school jazz vocals with plenty of swagger, then you might want to seriously check out the remarkable David Basse. —Rob Young | Urban Flux Media 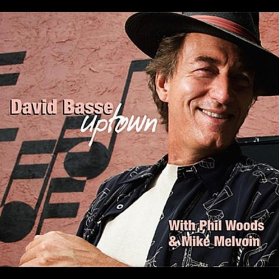 For the past twenty years, David Basse has been at the forefront of the music scene in the legendary jazz capitol of Kansas City. Basse carries on a tradition started half a century ago by icons Charlie Parker, Count Basie and Jay McShann. He has played his special kind of Kansas City jazz at concerts, clubs and private parties throughout the world.

When the producers of A&E’s television series “City Confidential” needed to explore the Kansas City Jazz scene for a new production, they contacted and filmed David Basse. Basse has appeared on CBS Sunday Morning, All Things Considered and Barbeque America on PBS. David Basse’s City Light Orchestra has been hailed as Kansas City’s premier swingin’ jazz ensemble. Since its inception in 1982, bandleader and songwriter David Basse’s voice has been a signature of the Orchestra’s sound.

”I love the soul that is your voice.” –Maya Angelou END_OF_DOCUMENT_TOKEN_TO_BE_REPLACED