The great B3 organ master and conjurer of sound, Doctor Lonnie Smith, has made some great studio recordings, but he’ll be the first to tell you that his music needs to be experienced live. The release of his brand new live recording The Healer marks the Doctor’s first live recording since his landmark 1970 album Live At Club Mozambique. It showcases the great bandleader reinventing the possibilities of sound along with two young stars – guitarist Jonathan Kreisberg and drummer Jamire Williams.

Greetings’ my beloved jazz aficionados, the month of May continues in week four with another palette of distinctive, and insinuating sounds, immaculate melodies, relentless rhythms with the opulent flavors embedded in jazz is here to quench our ongoing thirst for quality music. We’ve got a melting pot of jazz in the mix this week including two artist who are synonymous in jazz pianist Keith Jarrett and Charlie Haden on their collaborative effort titled – “Jasmine.” Also, “Solo Piano Improvisations / Children’s Songs by the phenomenal Chick Corea on piano … we’re honored to showcase “”Dr. Groove”” – Dr. Lonnie Smith and his latest “Spiral” on Palmetto Records as our “featured album of the week.” The aforementioned artist along with a host of other jazz recordings are scheduled for release this Tuesday 5/25/2010. 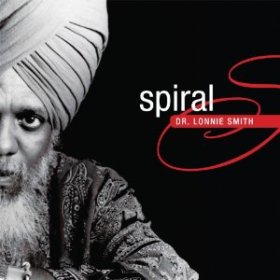 Internationally known as one of the premier jazz keyboardists in the history of the idiom, Dr. Lonnie Smith is a dominant talent and pace-setting proponent of the Hammond B3 Organ and widely recognized and gifted pianist. “Dr. Lonnie Smith is a phenomenal B3 burner who can light up a room with visceral intensity or lay down some of the nastiest funk ever played on an organ,” states Bill Milkowski in JazzTimes. Lonnie has been at the forefront of the jazz scene since he was named “Top Organist” by Downbeat Magazine in 1969. —Palmetto Records. END_OF_DOCUMENT_TOKEN_TO_BE_REPLACED 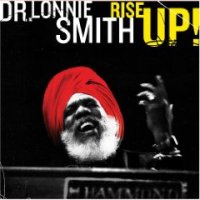 What first stirred in the heart and soul of man, deep in the night and twilight of obscure caves and woods, back when the ear was an organ of fear and survival? Does man express himself through music or does music express itself through man?

The Doctor knows, but he ain’t saying–or rather, he just said it, chapter and verse. Listen close now, cos you can follow the doctor’s advice, but you can’t follow the Doctor.

Lonnie has been at the forefront of the jazz scene since he was named Top Organist by Downbeat Magazine in 1969. Recently, Lonnie was voted the Organ Keyboardist of the Year in 2003, 2004 and 2005 by the Jazz Journalist Association.