Greeting’s jazz aficionados, as always I’m delighted to present the latest jazz releases this week. With each visit, you’ll discover a montage of new jazz recordings featured at Amazon.com that encompasses a generous diet of nuances which includes a wealth of complex and distinctive styles, textures, melodies, and rhythms exalted by a host of definitive and creative voices in the world of jazz. 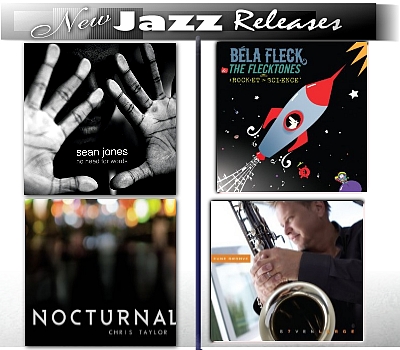 For more details, please visit Amazon.com for a complete list of jazz releases for Tuesday (5/17/2011)! 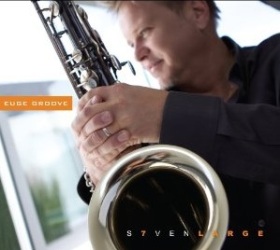 The recording of S7VEN LARGE was a monumental undertaking in Eugene Grove’s life, befitting of this stage in the artist Euge Groove’s career. The number seven is a very powerful and significant number. God rested on the seventh day, there are seven wonders of the ancient world, seven celestial bodies visible to the naked eye, and many other miraculous instances of the number seven throughout history. “On my 7th, I’m hoping that listeners will hear the evolution and growth in my music,” says Euge. “My last recording SUNDAY MORNING had more of an old school sound, and this time out I wanted something more modern. I locked myself in my studio for five months and made this album. Once my head opens up to the process, I’m afraid to back off for even a second in fear I’ll lose the momentum!”

S7VEN LARGE eases into things with an enticing and sweet number simply called “Track 1,” featuring Euge’s soulful and free flowing soprano saxophone. Then Euge picks up his tenor for “The Funky Bunch,” an escalating, greasy and funky groove that keeps the feel-good vibe going strong. The poppin’ horn section and nasty minor 13 chords remind us that Euge graduated from the University of Tower of Power! Euge Groove is a master at crafting great feeling grooves with singable melodies. S7VEN LARGE seamlessly moves from one track to the next making it a joy to listen to in its entirety. The album’s title track is an uplifting number reminiscent of the title track of Euge’s 2004 recording LIVIN’ LARGE. The counterpointal interplay between guitarist and labelmate Paul Brown and Euge is infectious. Bassist Corney Mims adds to the mix with an ultra funky slap bass solo in the breakdown that leads to a sexy and jazzy acoustic piano solo. At 5 1/2 minutes long, you really get a chance to hear Euge and the band stretch out. —Euge Groove.com 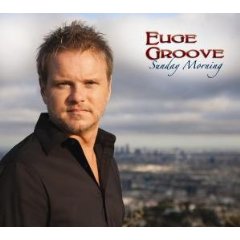 The long awaited new album “Sunday Morning,” by Euge Groove is finally finished. The prolific and down to earth saxophonist/songwriter, Euge Groove is back in the saddle with his sixth solo album in 10 years is now available in record stores and on the Internet on Tuesday, October 27th.

Sunday Morning, the album promises to be an extension of his last offering Born 2 Groove. As Euge Groove gets ready to kick of his 10th year as a solo artist, it is only fitting that he is releasing his best and most personal musical statement to date. This stunning collection contains 10 original songs on, “Sunday Morning” it is heralded as being one of a few in this genre to have real musicians in the studio to record this seductive yet vibrant new record by Groove.

Euge Groove says: “I have learned and grown a lot of over the past year and I hope this can be heard on Sunday Morning. All of the songs reveal a bit about where I was personally at that moment. I hope when people hear the music they can feel my emotional connection with these songs.”

Visit, Euge Groove.com for more details about this artist.