Trailblazing keyboardist/composer/producer Jeff Lorber revisits a sound he helped pioneer on his latest recording, Galaxy. Following up on his GRAMMY®-nominated 2010 release, Now Is The Time, Lorber again culls from his early catalog but gives a fresh approach to some of his most highly requested compositions, including “Wizard Island,” “City,” “The Samba” and “The Underground.” “Essentially this album is a part two,” Lorber says. “It features the same rhythm section, but it’s even more into the jazz fusion direction. It’s more energetic and the performances are tighter.” END_OF_DOCUMENT_TOKEN_TO_BE_REPLACED

“We are extremely grateful that Concord Music Group’s superb family of artists and labels have been acknowledged with a remarkable 24 Grammy nominations this year,” stated Concord Music Group chief label officer Gene Rumsey. “Every day we work to create a place where great music and artists can flourish and thrive. We’re proud to be associated and blessed with performers of such talent, ambition and passion.”

Winners will be announced on Sunday, February 13th at the GRAMMY Awards, airing live from the Staples Center in Los Angeles on the CBS Television Network. Below is the complete list of nominations for the Concord Music Group: END_OF_DOCUMENT_TOKEN_TO_BE_REPLACED

Greetings’ jazz aficionados, the month of June has finally arrived with another palette of distinctive, and insinuating sounds, immaculate melodies, relentless rhythms attached to the opulent flavors embedded & exalted freely from the vibrant voice of jazz is here to quench our ongoing thirst for quality music.

In the meantime, we’re here to celebrate “Black Music Month!” We’re delighted to jump start the summer with a defining moment embracing a hypnotic groove that reflects the mood of the season in a redemptive spirit with the fusion classic “Chinese Medicinal Herbs” anchored to the spicy “Sugar Free” tastefully served up by Portland, OR native and keyboardist Jeff Lorber and his latest offering “Now is The Time” on Telarc is a smooth blend of refined fusion and signature vocals will satisfy his current fanbase. We also have the engaging rhythms of “Bom Tempo” by the legendary Brazilian maestro Sergio Mendes. The combustible flavorings of new music continues to soar with the bluesy ramp of the Steve Howe Trio and his tasty and organic vibes of “Travelling” melodically stirred with a savoring old school twist! While you’re here, there’s more new stuff including the fascinating sounds by the WDR Big Band featuring brilliant arrangements of Vince Mendoza along with a host of other top shelve players on “Caribbean Night.” 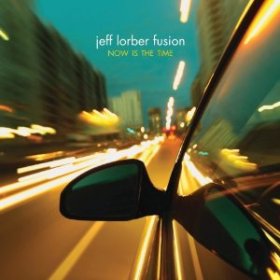 By the late 1970s, keyboardist and composer Jeff Lorber had become a prominent figure in the new movement known as jazz fusion – a marriage of traditional jazz with elements of rock, R&B, funk and other electrified sounds. Lorber and his band, the Jeff Lorber Fusion, first honed their craft in the Portland, Oregon, club scene and rapidly expanded their reach to a national and international audience via a combination of complex harmonies, unconventional time signatures and compelling rhythms. END_OF_DOCUMENT_TOKEN_TO_BE_REPLACED

By the late 1970s, keyboardist and composer Jeff Lorber had become a prominent figure in the new movement known as jazz fusion – a marriage of traditional jazz with elements of rock, R&B, funk and other electrified sounds. Lorber and his band, the Jeff Lorber Fusion, first honed their craft in the Portland, Oregon, club scene and rapidly expanded their reach to a national and international audience via a combination of complex harmonies, unconventional time signatures and compelling rhythms.

In subsequent years, Lorber dropped the term “fusion” from his billing as the movement evolved into what is currently known as contemporary jazz. Still, he continued to explore the innovative, improvisational potential of grafting other musical forms to the jazz idiom. END_OF_DOCUMENT_TOKEN_TO_BE_REPLACED

In 2009, Saxophonist Terje Lie hooked up with multi-Grammy winner Jimmy Haslip of the Yellowjackets and legendary keyboardist/composer/producer Jeff Lorber to make a new album. The result is Urban Vacation, which gave rise to a fascinating collaborative process that sparked what became a truly adventurous, R&B-driven jazz fusion date. A CD that goes far beyond the general contemporary or smooth jazz album, Urban Vacation should strike jazz fans of all stripes as more organic and adventurous than the typical sax recordings coming out these days. Haslip, Lie, and Lorber all contribute to the writing process and features the playing of Haslip and Lorber on all tracks along with Tony Moore on drums. Guitarists Mike Landau and Dwight Sills, bassist Ernest Tibbs, and drummer Jeff Olson are also featured on selected tracks.

Dropping this week [8/26/08] is the long awaited collaboration by guitarist/professor Richard Smith and some of today’s world-class players in smooth and contemporary jazz.

Following in the tradition of Tom Scott & The L.A. Express, one of the most successful and influential jazz/funk/pop/R&B bands from the ’70s, guitarist Richard Smith has assembled an all-star cast of fellow Los Angeles-based players for an updating of that same crossover aesthetic that opened the door to jazz for a generation of listeners. Collectively known as The L.A. CHILLHARMONIC featuring Richard Smith, this stellar crew is rounded out by the world class rhythm tandem of bassist Brian Bromberg and drummer Vinnie Colaiuta, percussionist Alex Acuña, keyboardist Jeff Lorber, pianists Patrice Rushen and Greg Karukas, trumpeter Greg Adams, saxophonists Gary Meek, Michael Paulo, and Eric Marienthal. – TheUrbanMusicScene.com