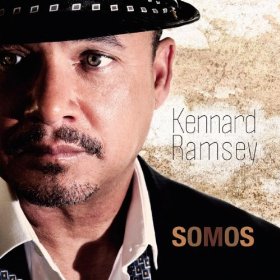 An eclectic and often enigmatic Los Angeles based composer/musician, Kennard Ramsey has worked with a diversity of talent in the film and record industry. Ramsey’s compositions are distinguished by his innovative use of live orchestra, synthesizer and other digital audio media, integrating contemporary music genres with traditional. He has numerous composing credits for feature films, documentaries, television movies and episodic television. His feature film work ranges from Fortunes Of War, a suspense thriller set in Cambodia, starring Martin Sheen and Haing Nor to Hairshow, an outrageous comedy starring Monique. Television credits include “Lincoln Heights,” “Beverly Hills 90210” and “The X-Files”(source music) to name a few.

His compositions are currently featured in several productions now on the film festival circuit. Ramsey has also arranged music and performed with stars like the inimitable King of Love Barry White, as well as jazz pioneer Ronnie Laws. A recipient of consecutive Aspen Music Fellowship Awards and finalist in the Frank Sinatra awards, he has proven himself to be an accomplished musician and an award-winning performer. Ramsey’s new world music inspired CD released by Roxboro Entertainment Group is entitled SOMOS, was influenced by the arrangements and orchestrations that personified the innovation of Verve, CTI and Blue Note era recording artists. It is a musical and visual exploration of various music genres. –Roxboro Entertainment | BIOGRAPHY