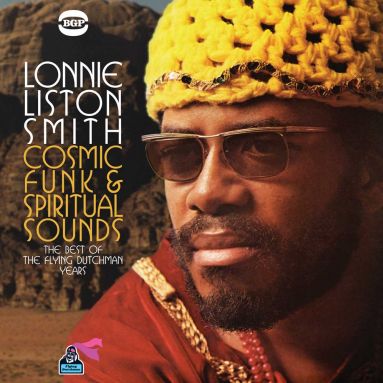 “I came to London in the 70s and was so pleasantly surprised to see the kids dancing to ‘Expansions’,” recalled Lonnie Liston Smith to me back in 2004. “‘Expansions’ was the first time I really thought about writing lyrics,” he revealed. “I said well, okay, let’s come up with some really enlightening lyrics and at the same time the people can dance to it if they want to.” Regarded as his signature song, ‘Expansions’ – which features lead vocals from Smith’s younger sibling, Donald, over an intoxicating bass-propelled groove – was quickly adopted as an anthem by the UK jazz-funk club scene and appropriately kicks off BGP’s new anthology focusing on the Virginia keyboard player’s Flying Dutchman output. END_OF_DOCUMENT_TOKEN_TO_BE_REPLACED

Greetings fellow jazz enthusiasts, it’s been awhile since I’ve posted music in reference to the “Weekend Spin or Flux Music Essentials.” The other day I was listening to “CELESTIAL PRIDE” by bassist Avery Sharpe from his upcoming album “Running Man” expected release April 12th, 2011. For some reason “EXPANSIONS,” a seventies classic by the incredible keyboardist named Lonnie Liston Smith crossed my mind. Amazingly, “EXPANSIONS” still resonates with such power yet its timeless grace is unmatched even today has the same affect on me as the first time I heard this record in 1975. —Rob Young 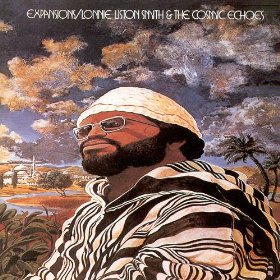 This man is as passionate, spiritual, melodic and sensuous on the keyboards as the impressionist renoir was on canvas. Lonnie Liston Smith paints a multitude of colors and rainbows in his divine interpretation of improvisation. This second Cosmic Echoes release is truly off the planet, how can we forget the ensemble that catapulted Lonnie Liston Smith into his greatest success in the 70’s, with musicians such as David Hubbard, Cecil McBee, Lawrence Killian, Art Gore, and the unforgettable one two combination of brother extraordinaire Donald Smith.