Greeting’s jazz enthusiasts, as always it’s a pleasure to return with more new music releases. With each visit, you’ll discover a montage of new jazz recordings featured at Amazon.com that encompasses a generous diet of nuances which includes a wealth of complex and distinctive styles, textures, melodies, and rhythms exalted by a host of definitive and creative voices in the world of jazz.

For more details, please visit Amazon.com for a complete list of this week latest jazz releases! 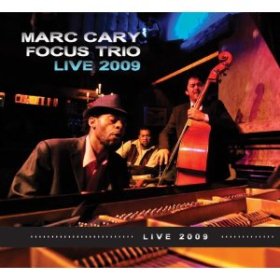 With inimitable style, Marc Cary and his FOCUS Trio fuse together East Asian, Indian, African, and Native American influences within the African-American blues and jazz traditions. * Cary has earned four Grammy nominations for his ensemble work–most recently, a 2009 nomination for Best Contemporary Jazz Album as a participant of Stefon Harris’s/Blackout on Urbanis. His production work on Q-Tip’s The Renaissance helped earn that disc a nomination for Best Rap Album of 2009. * His power, imagination, and versatility are fueled by his many collaborations with a stellar array of popular artists in the jazz, R&B, and pop arenas including Me’Shell N’degeocello, Dizzy Gillespie, Betty Carter, Erykah Badu, Jackie McLean, Ani DiFranco, Wynton Marsalis, and many more.