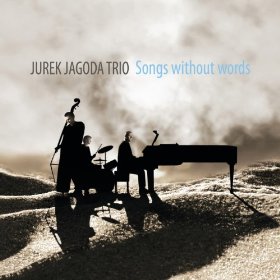 The trio consists of the pianist Jurek Jagoda, Marek Alaszewski Jr. on double bass/bass and Pawel Gebicki on drums. In 2010 the band burst onto the polish music scene with the first album “Songs Without Words“. The project features 12 compelling songs composed by Jagoda and as title of the album suggests this music is constructed around tunes. Over one hour of mood music and colourful melodies. The album gets optimistic reviews (polish music magazines, internet blogs, radio stations) and was noticed by the world renowned jazz critic Stuart Nicholson, who chose this record to the top ten in the ranking “Albums Of The Year 2010” of the greatest British jazz magazine Jazzwise. END_OF_DOCUMENT_TOKEN_TO_BE_REPLACED