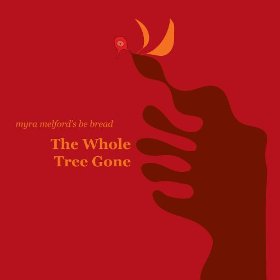 As rumi said “intricate sounds, not words. i catch what i can’t quite make out. fire burning down along the roots, as well as the branches. the whole tree gone”… “the fire music” (like the legendary archie shepp album) burn you as well… the whole sextet well done… -[Ali Haluk | Customer Review | Amazon.com]-

A fearless musical adventurer – in both her composing and playing – Myra Melford has followed a fascinating path since determining to forge a career in music in 1980. Having studied classical piano into her teens, she had no real exposure to jazz until college. Improvisation rekindled her early love of the piano, and she plunged in to develop a signature style.

At the keyboard, Melford recasts the blues and boogie-woogie of her native Chicago, folds in elements of the music of Eastern Europe and India, and blends them with the rangy, percussive avant-garde approach she cultivated in studies with Don Pullen and Henry Threadgill. This personal musical vocabulary is further enriched by a lush lyricism and organized by an architectural sense of composition that she derived from classical training. END_OF_DOCUMENT_TOKEN_TO_BE_REPLACED

After more than 20 years at the cutting edge of creative music, pianist Myra Melford is still pushing boundaries and her music continues to move in new directions. Not only is she leading her own bands, including the critically acclaimed sextet, Be Bread, but she is also exploring the use of new technologies in performance, and working with an ever-widening circle of improvisers in collaborative groups. At 54, Melford is busier than ever and working at a creative peak that promises to keep her at the forefront of new music.

This year, one of the most celebrated of the collective groups she participates in, Trio M, will release a follow up album to their 2007 debut recording Big Picture (Cryptogramaphone) and tour extensively in the US and Europe. The all-star trio, featuring bassist Mark Dresser and drummer Matt Wilson, is “not only one of the most virtuosic playing today, but one of the most consistently engrossing,” according to Derk Richardson in The Absolute Sound. A sort of new music Non-Standards Trio, they play with “with a loving commitment to the jazz avant-garde, especially as it was expressed in the 1970s, a sort of frontier era,” says Nate Chinen in the New York Times. They will start their crowded 2011 schedule at the Bay Area’s legendary jazz venue, Yoshi’s, and an appearance at the Brubeck Festival in late March. Soon after that, they head into the studio to record their sophomore effort that will be released in the fall by the venerable Enja label as part of its 40th anniversary celebration. A weeklong tour of Europe in May and a North American tour in the fall in support of the new disc are also in the works. END_OF_DOCUMENT_TOKEN_TO_BE_REPLACED