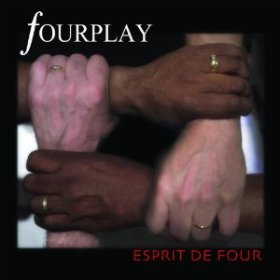 Supergroup Fourplay delivers another solid, straight-ahead meets contemporary jazz release. The follow up to 2010’s Let’s Touch the Sky, this is the second album to feature the group s newest member, guitarist Chuck Loeb. Here he joins the all-star lineup of keyboardist Bob James, bassist Nathan East and drummer Harvey Mason, each of whom contribute at least two compositions to the release.

One of the more notable tracks is the Bob James composition Put Our Hearts Together which he wrote for a concert in a region severely impacted by the devastating Japanese tsunami of 2011. It appears as both an instrumental and vocal version on the CD. Japanese pop star Seiko Matsuda lends her voice on this moving tribute. -[Editorial Review | Amazon]-

Sometimes you have to shake things up, push a little farther, reach a little higher – even when you’re a contemporary jazz foursome that’s been operating at the top of its collective game for two decades.

After twenty years and a dozen albums, in an industry that has undergone sweeping transformations in the past decade, Fourplay knows that the only thing that’s certain, in music or any other business, is change. The latest proof of that axiom is the new face in their lineup – that of guitarist Chuck Loeb, who makes his compelling debut with the quartet on Let’s Touch The Sky, the band’s new recording on Heads Up International, a division of Concord Music Group.