OMER AVITAL & His Band of The East 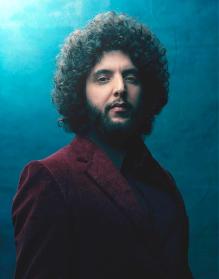 In continued celebration of his new recording on Anzic Records, Suite of the East, bassist & composer Omer Avital announces his new band and a residency at Smalls Jazz Club in NYC, June 12, 19 and July 3, 10:

“knocking fresh slang out of the bass . . . some of the most original music being heard in New York” – The New York Times END_OF_DOCUMENT_TOKEN_TO_BE_REPLACED

“knocking fresh slang out of the bass . . . some of the most original music being heard in New York” – The New York Times

” . . . Avital is one of the most exciting musicians to come onto the jazz scene in the last 20 years. His live shows are pure joy…hard-driving jazz with a new soul for a new era.” – DownBeat Magazine

Omer Avital, Suite of The East

Bassist/composer Omer Avital defines the words creative and prolific, with more than a half dozen new recordings of original music released over the past several years. Suite of The East, Avital’s latest creation, to be released by Anzic Records on April 24, 2012, is the end result of a month-long residency at Smalls (in Greenwich Village, NYC), and a guerrilla recording session, that took place during the spring of 2006.

At this time Avital had a collection of original compositions that were written towards the end of his three-year stay in Israel, and completed in New York City. The compositions naturally belonged together, linked by a common thread that runs through all of the tunes. Avital explains, “During that time in Israel I was studying classical European composition as well as Middle Eastern and North African music – Maqam Theory, and also playing the oud. The compositions on Suite of The East all deal with Middle Eastern and North African themes.” END_OF_DOCUMENT_TOKEN_TO_BE_REPLACED 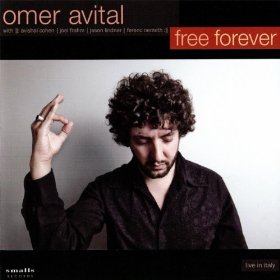 There is something special about Omer Avital, and while much has been written about him saying as much, there is, well, more. There’s a reason we call him “maestro,” and that has to do with his complete mastery of the musical experience from top to bottom. In this recording, you will be treated to what I would call ‘the perfect set’ from the Panic Jazz Club in Marostica Italy, on April 18th, 2007.

It also has to do with the Avital’s concept of “freedom.” In the years I’ve known Avital, I’ve heard him use that word a lot in connection with his music, and I think it is a theme of central importance. He craves freedom, finds freedom in his music, and his music speaks of freedom. Each musical outing is a journey, but with the path undetermined at the outset. This is true of jazz in general. But in Avital’s case, I do believe that he takes the idea of the journey consciously into the process. The journey is far ranging, fluid in form, and represents in many ways the development of a character as in a narrative, and is suggestive of epic themes: a journey for the seeker, a journey for the explorer, a journey to manhood, to fatherhood. Each soloist is accorded the maximum amount of freedom by the accompaniment, here in the form of fluid time, dynamics, and instrumental form, all used as a kind of narrative. —Small Records

The new record label smallsLIVE, which captures live performances at the famed New York venue, Smalls Jazz Club, is set to release five new albums by saxophonist Jimmy Greene, drummer Ari Hoenig, bassists Omer Avital and Ben Wolfe, and a solo piano recording by club owner Spike Wilner. Each CD is simply titled Live at Smalls and features similarly striking black and white photographs of the artists. Each disc is generally the result of a two or three-night run, after which the artist is free to choose the best selection for their album.

The goal of the smallsLIVE releases is to capture every aspect of that experience (except for the drinks, which CD buyers will have to provide themselves). “We have this very unique environment called Smalls Jazz Club where night after night you have unbelievable artists performing,” says Spike Wilner, “and my goal is to preserve that and get it out to the world so people can hear it and appreciate it.” END_OF_DOCUMENT_TOKEN_TO_BE_REPLACED