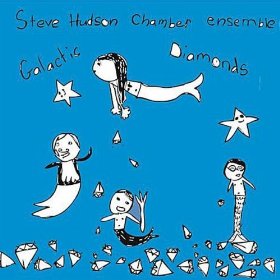 There are exquisite pearls of music generously revealed through this intriguing tableau of music on “GALATIC DIAMONDS.” These gems contain poignant yet unexpected streams of melodies, rhythms, mysterious shapes and provocative voicings. In this care, they are uncorked to unveil an integral pool of sounds orchestrated by composer/pianist Steve Hudson. Hudson opts to draw from these layers of unparalleled sounds to lure listeners into an attractive, irresistible, creative and inviting body of work expressed by him.

Are you ready to experience musicality by extraordinary musicians that dances creatively beyond the rim of normality? Composer Steve Hudson ingeniously embarks on a journey to in essence frame a spacious soundscape by infusing the quenchable elements of jazz and classical to shape these jewels into a wonderful pool of sounds appropriately titled “GALATIC DIAMONDS.” END_OF_DOCUMENT_TOKEN_TO_BE_REPLACED 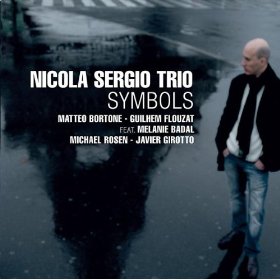 Pianist/composer/arranger Nicola Sergio is a laureate of Economics, and possesses a diploma in Classical Piano, Jazz Piano and Pedagogy from the Conservatory of Perugia (Italy). He also completed the “Prix Jazz” at the CNR in Paris, the city in which he has resided since 2008. From an early age, the italian musician’s talents were evident, helping him to earn various mentions of honor at numerous competitions and classical music festivals for young performers.

Between 2004 and 2007 he played in a variety of groups on the jazz scene – from the trio, progressing from standards towards an ever greater interest in composition which culminated in the realization of a repertory comprised completely of original compositions – to quartet, quintet, sextet, cuban music ensembles – groups with which he performed on numerous festivals in Italy, France and Sweden. As well as his activities on the jazz circuit, he became involved in projects of related genres, such as chamber music, film and theatre scores and big band directing. END_OF_DOCUMENT_TOKEN_TO_BE_REPLACED 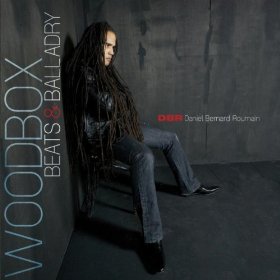 Having carved a reputation for himself as an innovative composer, performer, violinist, and band leader, Haitian-American artist Daniel Bernard Roumain (DBR) melds his classical music roots with his own cultural references and vibrant musical imagination. Proving that he’s “about as omnivorous as a contemporary artist gets” (New York Times), DBR recently collaborated and performed with Lady Gaga on FOX’s American Idol. His accolades range from being voted as “America’s Assignment” on the CBS Evening News, to receiving praise as one of the “Top 100 New Yorkers” (New York Resident).

Please visit, http://www.dbrmusic.com/ for more details about this intriguing new artist! While you’re there watch this dude in action!

Hi guys, as the title suggests “just in case you missed” these releases I’ve got a few more gems to drop on you this fab Friday. All three recordings are simply superb! 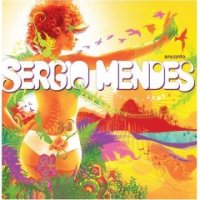 Brazilian music legend Sergio Mendes spins his remarkable magic on his newest recording, Encanto (Enchantment), which is among the maestro’s most beautifully realized in his unparalleled career. The collection refines Sergio’s singular blend of infectious rhythms and irresistible melodies from the great Brazilian Songbook, with his always thoroughly modern arrangements and masterful production approach. The resulting collection is a bona fide Sergio Mendes classic– a kaleidoscopic album that underscores the maestro’s ear for addictive melodies, as well as his ability to cast incredibly talented singers and musicians from all over the world. – Amazon.com

Nicholas Payton, Into The Blue 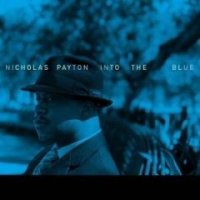 Nicholas Payton, Into the Blue

“Into the Blue” is the Nonesuch debut from Grammy Award-winning trumpet player Nicholas Payton and his first as bandleader since the 2003 Warner Bros CD, Sonic Trance. Though celebrated for his interpretations of the New Orleans jazz canon, especially for material associated with Louis Armstrong, Payton focuses here on original compositions that are soulful, pensive and romantic. He also gamely steps out as a vocalist, for the first time on disc, on an elegant, self-penned slow dance called Blue. Along with eight original tracks, Payton interprets film-scoring giant Jerry Goldsmith s title theme from Chinatown as well as Nida, composed by his father, the bassist Walter Payton. – Amazon.com 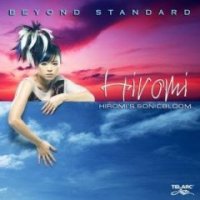 Mentored by giants like Oscar Peterson, Ahmad Jamal and Chick Corea, Hiromi’s roots are in jazz but her music explores a world of new ideas by blurring the boundaries of pop, rock, classical, avant-garde and other genres. Hiromi’s supergroup, Sonicbloom, has shattered the formula of making records written solely by the celebrated pianist/composer. Their latest outing, “Beyond Standard,” finds Tony Grey (bass), Martin Valihora (drums), and Dave “Fuze” Fiuczynski (guitar and otherworldly sounds) helping Hiromi craft unique versions of familiar tunes such as Gershwin’s “I Got Rhythm,” Rogers & Hammerstein’s “My Favorite Things” and even Jeff Beck’s “Led Boots.” – Amazon.com