“We are extremely grateful that Concord Music Group’s superb family of artists and labels have been acknowledged with a remarkable 24 Grammy nominations this year,” stated Concord Music Group chief label officer Gene Rumsey. “Every day we work to create a place where great music and artists can flourish and thrive. We’re proud to be associated and blessed with performers of such talent, ambition and passion.”

Winners will be announced on Sunday, February 13th at the GRAMMY Awards, airing live from the Staples Center in Los Angeles on the CBS Television Network. Below is the complete list of nominations for the Concord Music Group: END_OF_DOCUMENT_TOKEN_TO_BE_REPLACED

Greetings jazz enthusiasts, listed below are artists Nominated for a Grammy Award per-category for 2011. After shimming through the artists names I’m pleasantly surprised at some of the names that appear and disappointed at some hopefuls that didn’t make the cut. All the best to the artists listed!

Now Is The Time
Jeff Lorber Fusion
[Heads Up International]

To The One
John McLaughlin
[Abstract Logix]

Toronto ~ Late June signals not only the start of summer, but also the arrival of the TD Toronto Jazz Festival as it takes over the city for 10 incredible days. Local clubs, restaurants, venues and even a church or two will be playing host, creating a Festival network that includes over 40 participating stages all over the city. Now, that is a lot of jazz!

Harry Connick Jr. – Sun 06/27 (Canon Theatre)
A true consummate entertainer, Harry Connick Jr. has successfully launched careers in both acting and music with the corresponding accolades to show for it – 25 million albums sold worldwide, three Grammy Awards, an Emmy award and a starring role in a Tony winning Broadway musical. Harry appeared in his first jazz recording at the tender age of ten, by 18 released his solo debut and at 30 appeared in movies such as Independence Day, Copycat and Memphis Belle. It has been over 20 years since Harry last performed at the Festival and his return is long overdue. Welcome back, Harry. The hub of the Festival is Nathan Phillips Square and it is here where some of the biggest names in jazz can be found. Each evening, the Mainstage tent is transformed into an intimate concert theater. END_OF_DOCUMENT_TOKEN_TO_BE_REPLACED

Greetings’ jazz aficionados, I’m back with another slice of distinctive, amusing, and insinuating sounds, immaculate melodies, relentless rhythms attached to the opulent flavors embedded & exalted freely from the vibrant voice of jazz is here to quench our ongoing thirst for quality music.

Unlike his previous acoustic bass releases, Clarke feels that this album’s music is fresh and different from just about anything he’s done before. Produced by Clarke and Lenny White, the range of collaborative material on The Stanley Clarke Band has allowed him to venture to new levels of experimentation, utilizing his arsenal of bass instruments. Clarke compares this new release to the first three albums of his solo career: Journey to Love, Stanley Clarke, and School Days, with long extended electric pieces that take the listener on a kind of journey.

“Technically, it’s a Stanley Clarke record, but it’s very much a band-oriented record at the same time,” says Clarke. “I may be the leader, but everyone played an important role in what emerged. If a project like this can be looked at like a ship, I’d be the one steering the ship and keeping everybody on course. But all hands were definitely on deck, and everyone played an important role in getting us to our destination.” —Concord Music END_OF_DOCUMENT_TOKEN_TO_BE_REPLACED

Unlike his previous acoustic bass releases, Clarke feels that this album’s music is fresh and different from just about anything he’s done before. Produced by Clarke and Lenny White, the range of collaborative material on The Stanley Clarke Band has allowed him to venture to new levels of experimentation, utilizing his arsenal of bass instruments. Clarke compares this new release to the first three albums of his solo career: Journey to Love, Stanley Clarke, and School Days, with long extended electric pieces that take the listener on a kind of journey.

“Technically, it’s a Stanley Clarke record, but it’s very much a band-oriented record at the same time,” says Clarke. “I may be the leader, but everyone played an important role in what emerged. If a project like this can be looked at like a ship, I’d be the one steering the ship and keeping everybody on course. But all hands were definitely on deck, and everyone played an important role in getting us to our destination.” END_OF_DOCUMENT_TOKEN_TO_BE_REPLACED

Return to Forever - Live at Montreaux 2008

Return To Forever were at the forefront of jazz/rock fusion in the seventies and like their contemporaries Weather Report and Mahavishnu Orchestra were formed by a former Miles Davis sideman, in this case the great Chick Corea. Return To Forever hit their commercial and artistic peak with a string of albums in the mid-seventies featuring the line-up of Chick Corea on keyboards, Stanley Clarke on bass, Al Di Meola on guitar and Lenny White on drums.

In 2008 this classic line-up reunited for their first tour in 25 years and proved that their musicianship and the chemistry within the band were as strong as ever. This concert was filmed at Montreux in July 2008 with the bonus tracks being filmed in Clearwater, Florida later the same month.

END_OF_DOCUMENT_TOKEN_TO_BE_REPLACED

In my opinion, recordings like this is not only rare but transformational. Composer/bassist Stanley Clarke seamlessly cross-pollinated his musical influences to record this brilliant, innovative yet mind-boggling project when is was not only cool, but when record executives actually encouraged creativity. While visiting my sister in New York, I heard “Lopsy Lu” for the first time on WDAS-105.3FM out of Philly while in transit from the airport to my sister’s apartment!! Wow, simply remarkable I was blown away, and awe struck by inventiveness Clarke processed on this recording. Arguably to this day, I haven’t heard anyone record and album that can match the virtuosity Stanley Clarke displayed on this magnificent recording! —Rob Young

While some jazz purists will detest this LP for it’s marriage of jazz improvisation and rock, the simple truth is, “Stanley Clarke” (both the LP and the man)are stunning and ingenious. The late, great Tony Williams is volcanic in his drumming, notice how he plays slightly behind the bass on “Lopsy Lu“, or plays in circles around guitarist Bill Connors on Part IV of the “Life Suite“?

There is not a wasted note here and listeners who are looking for ‘light‘ or ‘smooth‘ jazz are barking up the wrong tree! Clarke himself is an astounding bassist and takes on shades of Charles Mingus on “Phases for Strings and Bass” and all of the opening “Vulcan Princess“. Electro-funk, hard rock and jazz rarely live on the same street these days, but this kind of adventurous music making (a treasure for us more discriminating music lovers)tells me that the 3 should visit each other more frequently. Stanley Clarke is the man! —Willie A. Young II

If all the world is indeed a stage, pianist-composer Hiromi Uehara has played on just about every corner of it. Since the beginning of the decade, she has supported her impressive body of studio work with an ambitious tour schedule that has electrified audiences throughout the U.S., Europe, Asia and elsewhere with performances that have pushed the limits of piano jazz to new frontiers of compositional and technical skills.

Each stop on her journey – be it the world-class metropolis, the quiet college town or something in between – has introduced her to a new and singular vibe that has left an indelible impression on her creative sensibilities. Indeed, she has come away from every new place with just as much as she has brought to it, and perhaps even more. 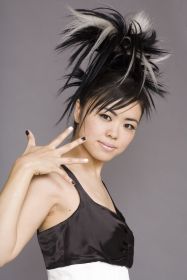 Hiromi chronicles just a few of the many places and moments where she has experienced the almost mystical exchange between performer and audience on Place To Be (CD-83695), her new CD on Telarc International, a division of Concord Music Group. The album is her first solo piano recording.

“I really wanted the record to be a kind of travel journal,” she says. “I’ve traveled so much in the last few years that I’ve started to wonder exactly where is the place that I’m supposed to be. Traveling takes so much out of you. It can be exhausting. But as soon as I go on the stage and I see people who are very happy because of what I’m doing, it just erases all of the struggles and the craziness that can come with all the traveling, and it really fulfills me.” END_OF_DOCUMENT_TOKEN_TO_BE_REPLACED

Music mogul Creed Taylor, was the founder, producer, and visionary of CTI Records. He seemed to rarely miss the mark as a producer. With each project, his creative productions appealed to jazz fans world-wide as they adored dozens of quality recordings during the late sixties, seventies and early eighties. Fuse One was one of those magical moments. Frankly, I’m a little hesitant when record labels and producers release all-star projects. Production is usually good, but they have a tendency to neglect listeners needs compositionally. However, this is not the case. With Mr. Taylor’s vision, concept, and insight he balanced a near perfect combination of songs to produce another enjoyable and accessible recording featuring a cast of the finest musicians available is one of those gems. Yes, this production by the gifted Creed Taylor is reason enough to celebrate quality music! ~ The Urban Flux

At his worst, Creed Taylor had a way of smothering a potentially great jazz album by producing it to death. But when he didn’t overproduce — when he gave musicians the right amount of guidance and direction yet let them have enough room to stretch out and improvise — Taylor created some real winners. One of them was Fuse One’s Silk, an all-star jazz-pop-funk project that boasted Stanley Turrentine on tenor sax, Tom Browne or Wynton Marsalis on trumpet, Ronnie Foster on electric keyboards, Stanley Clarke on electric bass, Eric Gale or George Benson on electric guitar, Sammy Figueroa on percussion, and Leon “Ndugu” Chancler on drums. With Taylor doing the producing and Clarke serving as musical director, congenial pieces like Foster’s “Sunwalk” and Chancler’s “Silk” offer a healthy blend of jazz, R&B, and pop elements. It’s interesting to hear a 19-year-old Marsalis letting loose on Chancler’s Latin-flavored “Hot Fire” (which originally appeared on George Duke’s Reach for It album in 1977), and note how he sounded in 1981 — at that point, he wasn’t emulating Miles Davis and had a big, brassy sound along the lines of Clifford Brown and Freddie Hubbard.

Considering how strident a jazz purist Marsalis would become, it’s surprising to hear him playing crossover. Not that Silk is “watered down” or anything like that. Though the material proved to be accessible to pop and R&B fans, it’s also quite creative and doesn’t toss jazz considerations to the wind. Unfortunately, this LP remains out of print and has yet to be reissued on CD. —Alex Anderson

New York, NY. (Top40 Charts/ Shore Fire Media) – Virtuoso guitarist Al Di Meola will be launching a national tour and releasing a new album in early 2009 with his new project, Al Di Meola and World Sinfonia. Joining a handpicked group of master musicians for both the tour and album, Di Meola makes a surprising turn into the romantic, producing a collection of moving tango-flavored melodies. Their work is on display on ‘La Melodia Live In Milano,’ available in America for the first time on January 8, 2009, just days before the start of the tour. The album features two songs by tango master Astor Piazzolla, for whom Di Meola admits he has been “carrying a torch” his entire career, as well as one each from Ennio Morricone and Andrea Parodi, and four by Di Meola himself. – RTF.com